Following on from the huge reveal regarding Sony’s PSP2 handheld, aka the NGP ‘Next Generation Portable’ device, we now have a list of the software titles which will be coming to the new hardware, and the list is pretty impressive too.

No new hardware is complete with software, and Sony fully intends to make some of the software lineup for their NGP device perhaps better than the PS3 launch lineup.

To throw a bombshell out there straight away, Sony confirmed that the NGP will offer a portable version of popular PS3 franchise Uncharted, and judging by the demo shown at the event, it looks like the NGP version may be a remake of Uncharted: Drake’s Fortune, the very first game in the franchise. 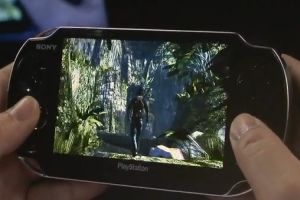 Other mammoth franchises on the way to Sony’s newest prized asset include a Killzone game, a Resistance title and of course, a LittleBigPlanet adventure too. Sony didn’t go into specifics on these so we don’t know if they are brand new games for the NGP, or just ports from existing games – hopefully we’ll find out soon.

You may have noticed that the games we’ve mentioned so far are all Sony’s own titles. The NGP will also get third-party support, as Capcom confirmed that a portable version of popular RPG Monster Hunter Portable 3rd will release at some point. Other titles include Dynasty Warriors, Lost Planet, Yakuza 4 and a Dungeon Defenders. 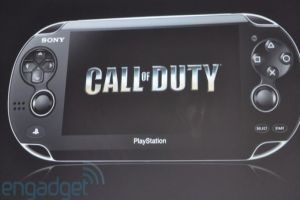 Sony obviously saved the best two reveals for last, as Activision confirmed that an NGP version of Call of Duty will also release at some point down the line. If that wasn’t enough, industry legend Hideo Kojima took to the stage and unveiled a tech demo of Metal Gear Solid 4 running on the NGP – teasing us of the system’s capabilties, although he didn’t actually reveal an upcoming title, yet. 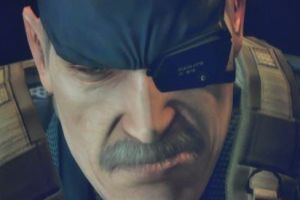 You have to say, that is quite a generous list of titles that were announced as we wouldn’t have blamed Sony for keeping some of them under wraps until E3 this Summer, but we were left very satisfied after today’s event in Japan. Which title sticks out most for you? The thought of playing Call of Duty on the system, or using the new control schemes to tackle Uncharted?

We’ll update you when more games are announced – stay tuned.