The upcoming Sony PSP2 isn’t even close to release yet, but industry analyst Michael Pachter thinks that the next generation handheld will fail as soon as it hits stores. Do you agree with him or not?

As reported from Eurogamer, Pachter has been speaking about the future of the PSP2, and also the Nintendo 3DS in the latest episode of ‘Pach Attack’ – which you can find over at GameTrailers here.

He thinks that the Nintendo 3DS will prolong the life of the handheld market for a while, but after that he thinks that handhelds are in for a decline, with the Sony PSP2 set to suffer as a result of this. 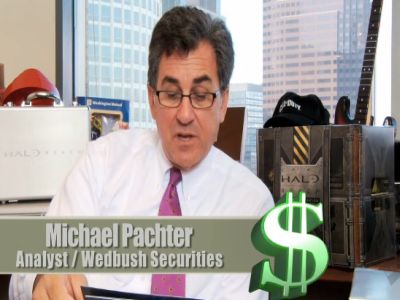 Strong words from Patcher, but what do you think about them? Although we have seen various leaks of the PSP2, we still don’t know what it will definitely bring to the table. Sony may surprise fans, and this surprise could be the thing which brings the PSP platform back into the limelight.

On a personal note, I can admit that I hardly play my PSP anymore, but that doesn’t mean that I’m not looking forward to the release of the PSP2. I hope Pachter is wrong on this one – handhelds can’t be dying already – surely?