With games like The Last of Us and GTA V (maybe) still due out on current gen consoles, there is a lot of excitement over the next gradual upgrade in graphics that we’ll see once the Sony PS4 and Xbox 720 are finally given their official releases.

The Last of Us and Star Wars 1313 already look phenomenal at the moment, so it is a mouth-watering prospect to think that games will look even better once these consoles finally arrive. When people talk about next-gen, you would most likely associate the next consoles with graphics in mind, but Crytek has recently reminded us that this shouldn’t be the focus for the next-generation.

Instead, Crytek CEO Cevat Yerli believes that free-to-play games are the future and it is this genre of game that needs to be heavily adopted by both Sony and Microsoft. Otherwise, he thinks that both consoles will ‘struggle’, despite the negative reaction that some free to play games have received. 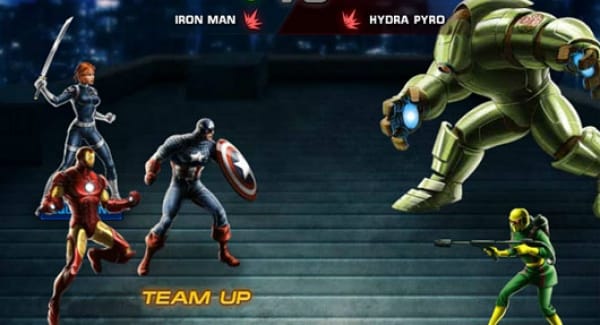 DUST 514 seems to be the big name that is attached to the free to play model at the moment, and is seen as a high risk for Sony if the game doesn’t deliver when it releases before the end of the year. On a more important factor though, it’s very pleasing for some Sony fans that the company is more open to the idea of putting free to play games on their console, while Microsoft on the other hand are yet to test the water.

If you haven’t played DUST 514 yet, you should know that it offers much more than just limited gameplay which is unlocked via micro-transactions. After playing the beta it’s clear to see that the game has been set up in a way where you can still have an enjoyable experience without paying a single penny.

Some of the more common free-to-play Facebook games are just annoying on the other hand though and it is those such games which have perhaps cast the promising F2P idea in a negative light. Marvel Avengers Alliance is one free to play game that we would recommend to you though and it would be amazing if Sony or Microsoft ever decided to bring this game to their next generation consoles with exactly the same platform.

Do you agree with what Crytek’s CEO is saying about free-to-play needing to be a core experience for the PS4 and Xbox 720, or are you happy to keep paying full price for games as standard? With the ever increasing price of DLC, we wouldn’t mind seeing free-to-play console games on a more regular basis. What’s the worst that can happen?