You have seen close up images of the Sony PS4 and close-up designs of Microsoft’s Xbox One console, but what about side by side? We have a few images to show you now, which gives you an exact look at how the PS4 differs to the Xbox One in size. It goes without saying that a lot of consumers are pleasantly surprised at just how compact the PS4 is compared to the Xbox One.

After consumers labelled the Xbox One a glorified ‘VCR’ box after Microsoft’s first Xbox One unveil, many gamers were fearing that Sony were also going to show a large console when unveiling the hardware for the very first time during E3. However, Andrew House took to the stage at Los Angles and showed a system that actually looks very small – especially compared to the original fat PS3 model in 2006. 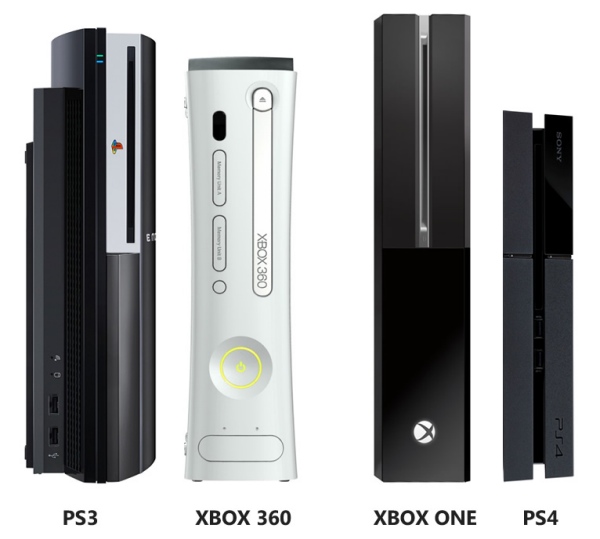 While Sony’s PS4 manages to bear similarity to the PS3 Slim in size, the Xbox One is significantly bigger than the Xbox 360 Slim, which had a width of 27cm, a height of 7.5cm and a length of 26.4cm. It’s almost certain that we’ll see an Xbox One slim model in a few years, but will Sony perhaps delay new slimmer PS4 models, with consumers being satisfied with the entry size?

It would have been nice to see an Xbox One which was smaller in size than the Xbox 360, but unfortunately that won’t be the case with Microsoft’s first next-gen console iteration. The big question that we want to know from you now – how important is size to you? Does the difference in PS4 and Xbox One size just cement your decision to pick up a PS4, or do you base your decision purely on available game content and entertainment features?