We have heard plenty of rumors regarding the next Xbox console and whether it will indeed come to market as the Xbox ‘720’ as widely speculated. On the other side, details are a lot more secretive on Sony’s next-gen plans, although just like a recent Xbox 720 leak from a publication, another gaming magazine has decided to dish out a collection of rumored information on the Sony PS4 instead and it’s a very good catch up if you are previously unaware of some of the potential features that are thought to be coming.

If you have been following the progress of the inevitable PS4, you would have probably heard whispers that the system may end up being called Orbis, or at least that is the codename which the system is being referred to internally. The guys over at PSM3 have used their penultimate issue, like Xbox World, to leak out and compile the current industry secrets regarding the PS4.

To start off, we hear somewhat surprising details on how the system may not even be called PlayStation 4, due to the fact that 4 translates to ‘death’ over in Japan. While this will be a major shock if it turns out to be correct, a bigger shock is the included details that the system allegedly won’t have support for PS3 discs or pre-owned games bought second hand.

That alone would be a major talking point amongst worried consumers, as it could mean that gamers can not play the likes of GTA V on the PS4, unless Sony has some disc to digital transfer system in the pipeline. Another big omission is that the system may not have 4K resolution as widely speculated either, with the feature seen as a step too far ahead – evident in the fact that Sony still doesn’t allow all games to run at 1080p and 60FPS as a mandatory feature yet. 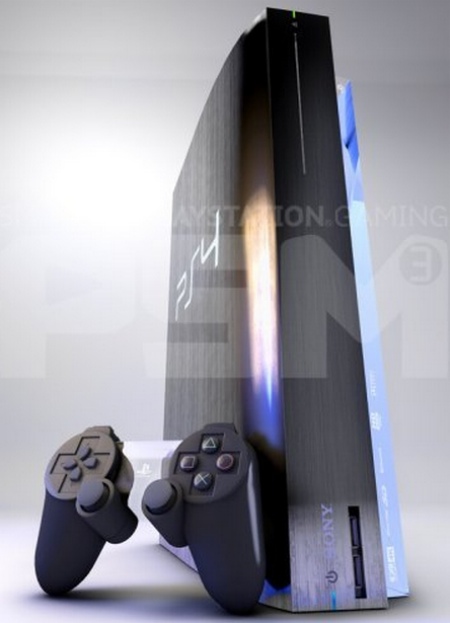 4GB of RAM has been mentioned, along with 8GB of Flash memory, but obviously current PS3 owners will be hoping that the figure is geared more towards the 8GB of RAM mark, as many PC systems have 8GB of RAM as standard today, so how hard can it actually be for consoles to take this step forward as well?

You may remember the original 60GB fat PS3 debuting with a hefty $599 price tag back in 2006. With the price cuts that we’ve seen to date, $599 really seems like a crazy amount of money to pay these days, especially when the Nintendo Wii is very reasonable at $299 for the Basic version. Towards the end of the rumor roundup, we see the PS4 attached with a price tag of £400-500, which could mean another price in the region of $599 for US buyers.

It’s well worth reading through the details for a full catch up on all of the latest PS4 rumors. Remember that nothing is official yet, but it does all lead to the conclusion that next year’s E3 conference is going to be something special indeed with a possible showing of both the Sony PS4 and the next Xbox console.

What are your thoughts on some of the details mentioned here? Does a new PlayStation console in the region of $600 without PS3 and used game support appeal to you or not?