We may be a few weeks away from Sony’s highly anticipated PS4 showing at E3 2013, but it looks like some individuals cannot wait until then to get the party started. A new video has emerged, appearing to show the PS4 console in the flesh for the very first time, or so you may have thought.

The video is pretty amazing to say the least, but unfortunately – it has already been confirmed as an elaborate fake. The video contains all of the makings of an official teaser by Sony, but the company has wasted no time in already coming out and saying that this video was not made by them.

It doesn’t mean that you can’t still enjoy though, as it serves as an excellent teaser for the main event on June 12. We see a black console shown briefly, showing a rather distinct curved design that we wouldn’t mind seeing for real at E3 next month. We have been trying to picture what the console is going to look like since Sony’s February event, but how many of you would actually like to see something similar to this fake design for the official one? 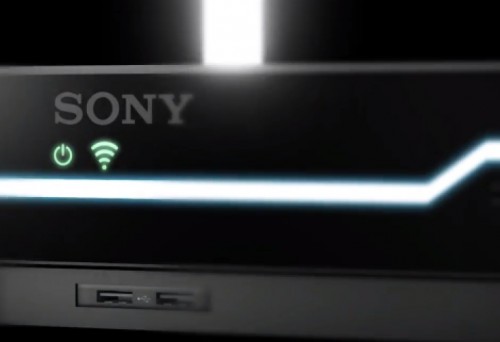 Another hard piece of evidence is the fact that one of the various logos seen in the video touts Compact Disc playback support, which most of you will realize is rubbish since Sony has already confirmed that the PS4 won’t be coming with CD support this time. As far as fan-made videos go though, this is very good.

Watch the brief teaser above and let us know what you think about it. Does it get you very excited about what is going to happen live during Sony’s E3 2013 keynote?