If you have been keeping a close eye on developments in the ‘Sony Vs the Hackers‘ drama, you’ll probably know that Sony has issued an official statement regarding consequences for those that do naughty things to their PS3 console.

That was a few days ago, and it looks like Sony has now started to take action against some individuals. According to this report by AttackoftheFanBoy, users have already reported error messages on their PS3 console, whenever they try to sign into the PlayStation Network.

Here is an image of the error in question: 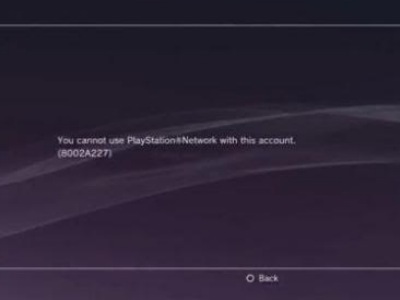 As you can see, Sony were not messing around when they warned about permanent PSN bans to anyone who is caught with a hacked PS3. It looks like Sony has found a quick and simple way to identify which consoles have been jailbroken, and the chances of these systems being able to connect to the PSN again looks pretty slim.

You can read Sony’s warning in full over on the PS Blog here. For those of you who are affected by this, or have a friend who has been banned, get in touch with us. If you own an untouched PS3 system, let us know if you have a message to those who have been banned. Do you feel any sympathy over the whole situation to those affected, or do you support Sony’s ruthless stance in issuing permanent console bans?