We have some interesting details to bring you now, as it has been revealed that Sony has just launched a new 22-inch HD Bravia Television, which is available to buy now at a reasonable price.

The big incentive here though, is that the KDL-22PX300 TV comes equipped with a built-in Sony PS2 console, yeah the console which you once thought had met it’s demise. Don’t forget that the only way to play PS2 games now if you havent got a PS2 console, is on the original 60Gb launch PS3 consoles – good luck trying to find one of those now.

Sony are offering this compact model for just £200 in the UK, and aside from being a Bravia model, it will also come with Internet features, digital TV access, USB and headphone sockets and one PlayStation 2 controller.

You can see an image of what the combo looks like below. It’s fair to say that it isn’t the prettiest thing in the world, but the chance to jump back into some PS2 classics should serve as an added incentive for a lot of you. 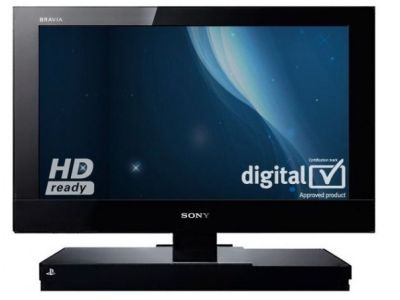 What are your thoughts on Sony’s idea here? If this model is a success, we could well see them follow suit with a built in PS3-TV combo, what do you think?