If you’ve been following all the recent news regarding the recently announced Sony NGP (PSP2), you may have read our previous article that provided details of the games that have been revealed so far. If that is the case, you will know that one of the titles included in the list was Killzone.

Although we haven’t really heard many details about the upcoming NGP edition of the Killzone game — which according to Darryl at gamingunion.net is being developed by Sony Cambridge – since the initial announcement, we do have news regarding a gameplay screenshot and a recent trailer.

As Debabrata Nath over on the gamingbolt.com website notes, the visuals displayed in the Killzone NGP screenshot look pretty impressive. The Sony Next Generation Portable is slated for a “fall 2011” release, and we assume that the Killzone game will be launching alongside it. 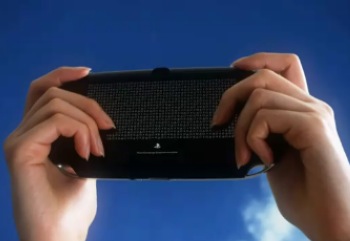 The screenshot doesn’t appear to be the only footage of the Killzone NGP game in action either. According to a previous article by Tom Pakinkis over at computerandvideogames.com, a trailer has also been released. The trailer gives us a glimpse at Killzone, LittleBigPlanet and Resistance.

You can view the said trailer over on the CVG website. What do you think of the Killzone NGP game from what you’ve seen? Will you be buying the Sony PSP2?