Following on from our main article on the recently announced Sony NGP handheld console, Sony has just gone live with their official press release for the new device, confirming what type of processor the NGP will possess.

As far as we know, Sony didn’t actually reveal the processor during their keynote speech in Japan, but we can now confirm to you that the NGP, or Next Generation Portable, will be powered by a Quad Core Cortex-A9 processor, as reported from Engadget.

In terms of the GPU, the NGP will be equipped with a SGX543MP4+ chipset, and multiple connectivity options, such as GPS, 3G, WiFi, and Bluetooth 2.1. We told you about the gorgeous looking 5-inch OLED touchscreen earlier, but we’re more excited in the way that Sony’s new touch pad controls located on the front and back of the device will affect your portable gaming experience. 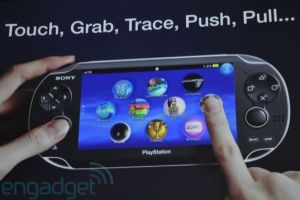 Sony has listed all the technical specs of the device for you to browse through, but we’re still a bit confused why they haven’t revealed the exact quality of the front and back cameras – maybe they still need to work in that department.

Check out the full list here, and stay tuned for further information on the Sony NGP later on. Let us know if you are satisfied with the tech specs of the device, or if you’re disappointed about a particular aspect – no 3D option for example.