No doubt you will have heard a lot about the Sony NGP by now. We certainly have been bringing you lots of exciting news over the past few weeks. Now we have more news, this time about speculation over how much the PSP 2 is going to cost.

Concerns have been rising about the NGP being expensive, due to its spectacular graphics that have been previewed so far. With a popular line up of games already confirmed, this added more fear over the costs. To see some of the graphics available you can watch the trailer over at CVG.

Ubisoft, however have predicted that when the device is finally launched, later this year, its price will be an attractive one so as to reel in a lot of smartphone gamers that are out there at the moment. They also are reported to have said that if Sony can tempt the iPhone users into switching to the NGP, it will be a great success. For more on what Ubisoft said read CVG’s full article here. 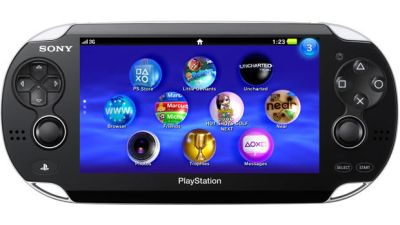 With that in mind, it’s no surprise that the social and connective aspects were highlighted by Sony at the Tokyo launch last week, amongst other technical specs of the device. CVG explain in their article, that there will be more than one SKU, all featuring Wi-Fi, with the most expensive also carrying 3G.UK developers Codemasters have also made a prediction, which is that the price will be around £230, similar to that of the Nintendo 3DS. For information about picking up a free Sony NGP visit Peter’s article now.

What are your thoughts on these predictions?