Following on from our earlier report on the Sony NGP handheld which gave you a graphics comparison alongside the Nintendo 3DS, it looks like Sony were correct when they informed the world that pricing for the new PSP would be ‘affordable’.

We were fearing a potential price point of $300+ for the Quad Core system, but we’re pleased to inform you that some leaked internal shots from GameStop, obtained by MukYou prices the NGP at $299 – definitely an affordable price for most of you.

Considering the fact that the Sony PSP Go is currently priced at $225 over at Amazon, you have to say that $299 is a very fair deal considering the sheer capabilities of the device, providing this price point is legit of course.

To give you a run through of what you’ll be getting for $299, the Sony NGP features a 5-inch OLED capacitive touchscreen, dual analogue sticks, a Quad Core ARM Cortex-A9 processor, 3G connectivity and much more. You can check out more specs in our previous report here 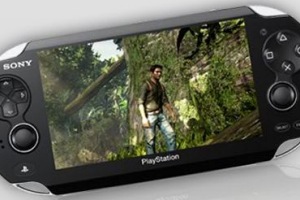 We’re guessing that a lot of you are plesantly surprised with the $299 price point here presuming it’s accurate. Maybe Sony has learned from their mistakes with the PSP Go and are finally willing to listen to consumers. If this thing stays at $299, it’s going to fly off the shelves and really make Nintendo take notice.