The recent Sony Android event reveled many things, but what seemed to have passed by unnoticed was the Sony Freestyle Hybrid PC, which is very similar to the Samsung Sliding PC. It seems that these new breed of laptops are now becoming very popular, as they can go from tablet form to laptop with a simple swivel action.

Sony has been very coy about the key features and specs of their latest VAIO device, but we do know that it will come with a 9.4-inch screen, HDMI and USB 3.0. That is all we know for now, but it certainly looks a lot like the 10.1-inch device that Samsung has on the market.

We could take a guess and say that the specs would be similar, so we could expect to see 32GB or 64GB or storage, 2GB of RAM, and hopefully 9 hours of battery life. Having said that, this model runs Windows Phone 7, where we expect the Sony Freestyle to run Android. 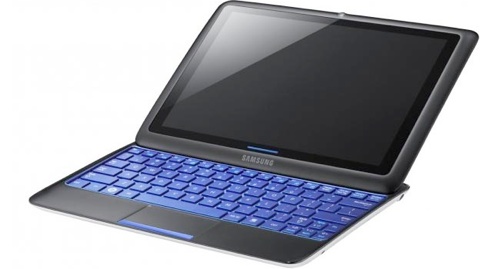 This could mean that a fundamental amount of changes need to be considered, and that it might not be as powerful as its Samsung counterpart. According to T3, the Sony Freestyle Hybrid PC is rumored to cost $799 when launched later this year, the Samsung Sliding PC starts at $699, which will be due to the different storage capacities.

Which of the two would you rather, the Sony Freestyle Hybrid PC or the Samsung Sliding PC?