It was only a few days ago that we reported a few issues with the custom UI on the Xperia Neo, so you can imagine how concerned we are to learn that there are also issues with the multitouch on the Sony Ericsson Android handset. You would have thought that the phone maker would have ironed out these problems before showing up with these new devices at MWC 2011?

The Neo has been designed for those who are unable to afford the Arc — so a little like the rumored iPhone Nano then? Having said that, you would still expect Sony Ericsson to have a smartphone that is smooth with its multitouch, not laggy like Engadget suggests, which you can see for yourself in the video below.

Looking on the video we are told that Android 2.3 will be running the show, it was after that explanation that we got to see just how laggy that multitouch is; it was like I was watching the LG Viewty all over again — painful memories. Just take a look and you will see just what we mean. 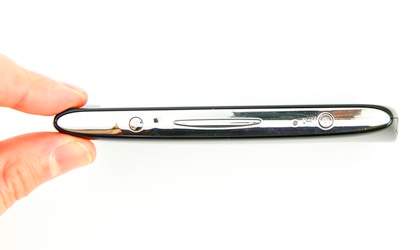 The second video that we have for you is a little bias, as this is from Sony Ericsson at Mobile World Congress. They begin by talking about the beautiful design, and we cannot deny that fact. We could not help but get a little excited by HD Connect, which allows you to connect your Neo to your HD TV, this will be perfect when viewing pictures and videos that were recorded on the new smartphone.

What we did notice was how they did not show you its multitouch capabilities; did they already know the issue or did they much rather look at some of the more important features?