FIFA fans will be extremely excited at the moment as they know the release of the latest title from the franchise is just over a month away now. With the demo recently confirmed yesterday, we have more news today, this time of an exclusive deal that Sony Ericsson has just struck with EA Mobile which will bring them an optimized version of FIFA 12 on Android to their Xperia Play.

According to the report at Reuters the deal is for a limited time only and will be available to the first ever PlayStation certified smartphone sometime in the holiday season. The game promises to be the ultimate football experience for Android and the updated teams from the world’s best leagues, authentic commentaries and gameplay features will be adding to it.

The 60fps rendering, optimized memory bandwidth and dedicated GPU in the Xperia Play make the gameplay experience that much more enhanced also, adding improvements to the audio as well as the visual, including crowd chants and commentary. What’s most interesting about all this is the game won’t be available for other Android devices until later in the year.

Many of those that have purchased the Xperia Play will have been disappointed with what they have been offered so far as far as games are concerned, but this news is certainly a plus and hopefully will be the sign of things to come with the smartphone. That is more exclusive titles of the world’s best caliber, in this case the world’s most successful sports title.

It will be interesting to see if the deal means more gamers will be purchasing the Xperia Play in preference over other Android smartphones. Will you be one of those purchasing an Xperia Play because of the games? If you already own one are you excited about the exclusive deal? 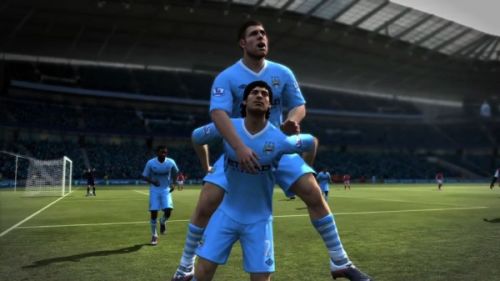