Both the Sony DSC-HX100V and the DSC- HX9V were leaked on the Internet a few days back, so seems like a hollow gesture now that Sony has finally made the new high-end DSLR cameras official. What makes the former 16.2-megalpixel cameras so special is how it is the first to come with the new a 27mm Carl Zeiss Vario-Sonar T lens, which packs a 30x optical zoom.

However, the HX9V still offers a 24mm Sony G lens and the compact even comes with a 16x optical zoom — things are certainly heating up in the compact camera market. Both the HX100V and the HX9V come packed with Full HD video recording, but is that really enough to persuade consumers to part with their hard-earned cash?

As with many other shooters on the market there is technology to help increase the amount of megapixels, these new models come with Intelligent Sweep Panorama HR mode; the end result is the possibility to capture 42.9 megapixel scenes. According to a press release sent to Engadget both models will be with us some time this month, with prices expected to be $450 and $350 respectively. 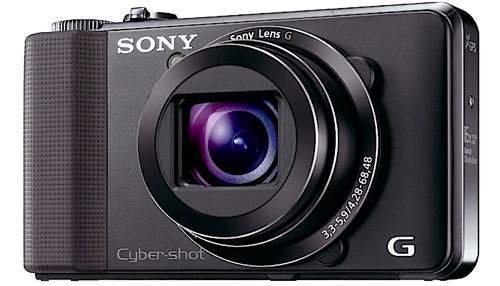 There are so many powerful zoom cameras like this on the market that promises much, but does not deliver — the DSC-HX100V and DSC-HX9V are very different though. Most give you a great super zoom range but the end result are blurry images; thanks to Optical SteadyShot and Active Mode image stabilization, you never need take a poor photo again — well that’s the theory anyway. More details on this can be found on DPReview.

One of our writers has wanted a new DSLR for some time now, and because he was new to this range he thought he would take the advice from our readers. You can see his hands-on with his new Nikon D3100 DSLR here. If you were just getting started what would you recommend?