Sony has launched three new Blu-ray players, all of which come with PlayStation Now support. The models in question are the BDP-S1500, BDP-S3500 and the BDP-S5500. Each one has something different to offer, and so this will be reflected in the price.

The price for each of these streaming Blu-ray players have been made even cheaper thanks to them being in a current sale, even though these are new models. You will currently pay $79.99, $99.99 and $109.99 respectively.

All three have varied features, although they do share one thing in common, and that is PlayStation Now support, which means you will be able to rent and stream PlayStation 3 games. This is perfect for saving space, as you no longer have to own a PS3 to enjoy its games. 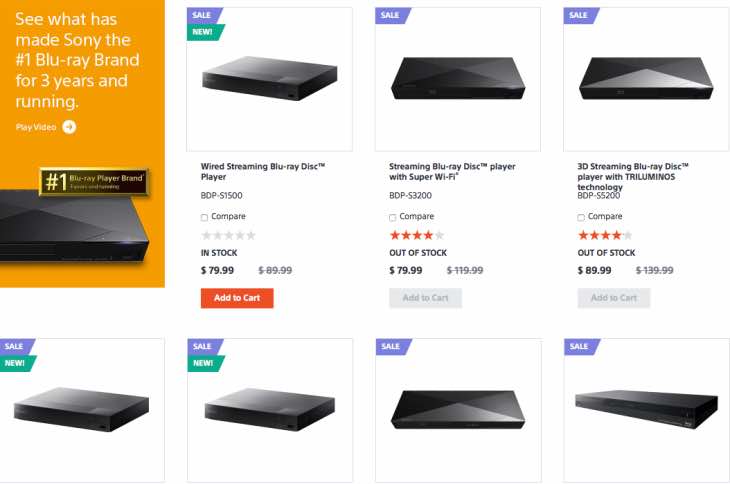 What we love about this is how the humble Blu-ray player now becomes far more than just being able to play movies. We can understand why Sony would wish to do this seeing as tough more people are choosing to stream movies these days.

The BDP-S1500 is pretty basic for a wired streaming Blu-ray disc player, even if it does come with PS Now tech, then we have the BDP-S3500 with super WiFi technology and the BDP-S5500 offers 3D and TRILUMINOS tech.