Back at CES 2014 Sony showed off a rather cool new gadget, a Tennis sensor which clips on to your racket and provides smart analysis. Sony has now announced that this accessory will launch in May. with a release coming first to Japan.

As you may have already guessed, the sensor records information from your racket and sends it via Bluetooth to your smartphone. Details are reportedly taken from the vibrations caused when you hit the ball, producing data on your game which can highlight your strengths, weaknesses and habits. This information can help you to understand your personal playing preferences and suggest improvements.

Despite impressing people with their tennis sensor, Sony has still not actually given the device an official name. For now we had better refer to it as Sony’s smart tennis sensor, we do know that Japan will be the first to get their hands on it this May, for a price of 18,000 yen, the equivalent of $175. This does feel like a product that the tennis fanatic must have, no word of a US or European launch date as of yet however.

An accompanying app will be released on iOS and Android, providing the platform for your data. The app will give you in depth detail including stats, heat maps on whether you commonly hit the ball most often. The sensor fits into the base of the racket and even captures video footage of your shots via a recreation from the data picked up by the sensor. 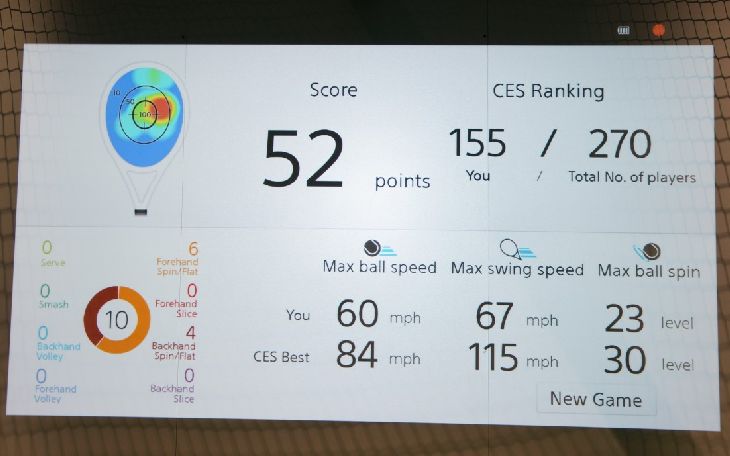 As it stands roughly 6 Yonex EZone and VCore tennis rackets are compatible with the sensor, with more models promised after launch. For now your sensor will only record data from your racket, it cant be removed and borrowed by a friend, as their data will be mistaken from yours and applied to the stats on your account.

Support for multiple players is something that is being looked into however, we should see more information on these features upon launch. Is this tennis racket sensor from Sony a product you would seriously consider buying or is it too much of a gimmick?