When the Sonic the Hedgehog series made its long-awaited return with the episodic platform game ‘Sonic the Hedgehog 4: Episode 1’ back on October, it didn’t quite get the reaction that the producers and developers hoped. The title appeared to cause uproar, thanks to the physics featured within the game.

According to a recent article over at gamerzines.com by Thomas Worthington, Sonic the Hedgehog fans were none too pleased to find that the new title — available on PSN, Xbox Live Arcade, WiiWare and iOS – was spoiled by unfamiliar physics, which appeared to slow the Sonic character down quite a bit. 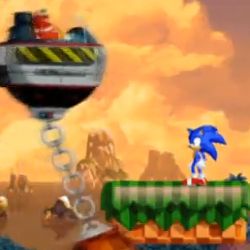 However, Sonic Team producer Takashi Iizuka has since responded to the fans reactions, claiming that the updated gameplay could not be put in place in the Genesis series. Iizuka said that they have updated previous gameplay with actions that Sonic couldn’t do previously, such as ceiling-running.

Takashi then went on to say that the fans’ feedback is valuable to the Sonic the Hedgehog series’ future, and that they will make sure they improve the quality more in the upcoming titles. ‘Episode 2’ is due to be released sometime in 2011. Have you played Sonic the Hedgehog 4: Episode 1? If so, what did you think of it?