Another day has gone and still Sombra is not out yet for Overwatch. Fans are starting to get frustrated over the delay, but meanwhile it seems that Blizzard are enjoying the slow build-up to Sombre’s Overwatch release time which is surely happening at any moment.

All of the clues on the Sombra ARG have been mounting up these past few weeks and now Blizzard themselves have posted this on Twitter hours ago. 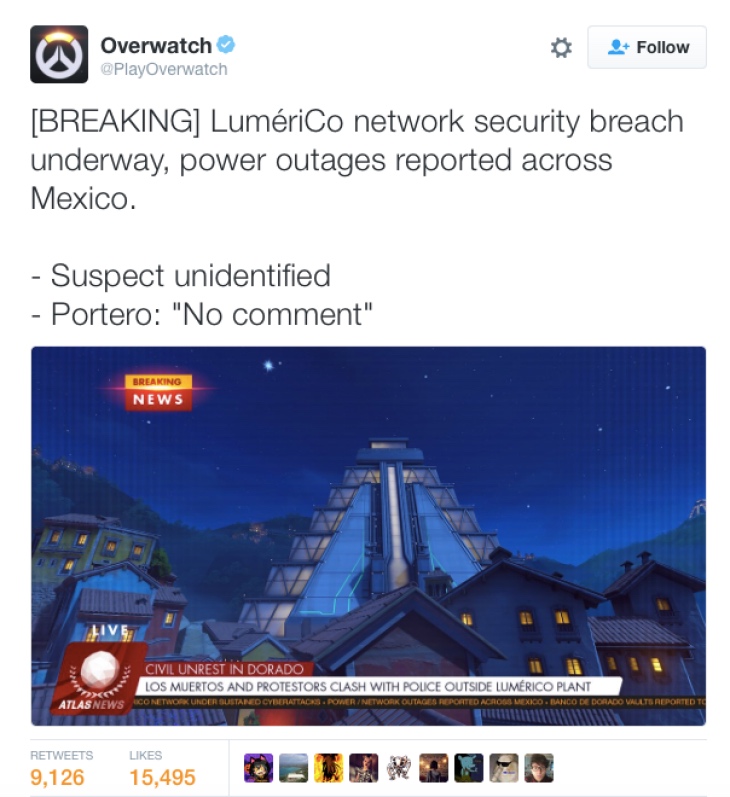 This is coming at the same time when a hack on the LumeriCo power plant website appeared to suggest that Sombra was imminent.

Again though, it was just a further teaser of things to come and now it looks like the release time for Sombra could be on Friday November 4 to coincide with the start of Blizzcon 2016.

It makes sense, but are you growing tired of all of the teasers lately and just want to play as Sombra asap?

Let us know your thoughts on this and don’t forget to see the latest leaked image of Sombra here if you missed it hours ago.