Sombra has finally been revealed by Blizzard after weeks of leaks. Without further ado, we can give you a quick glance at Sombra’s abilities in Overwatch which are official and will be available to play on the PTR next week.

It’s fair to say that this has been a long time coming and now we finally know what Sombra’s skills in Overwatch will look like for real.

Here is a list of what Sombra can do in battle, we think you are going to be very happy with her skill set. 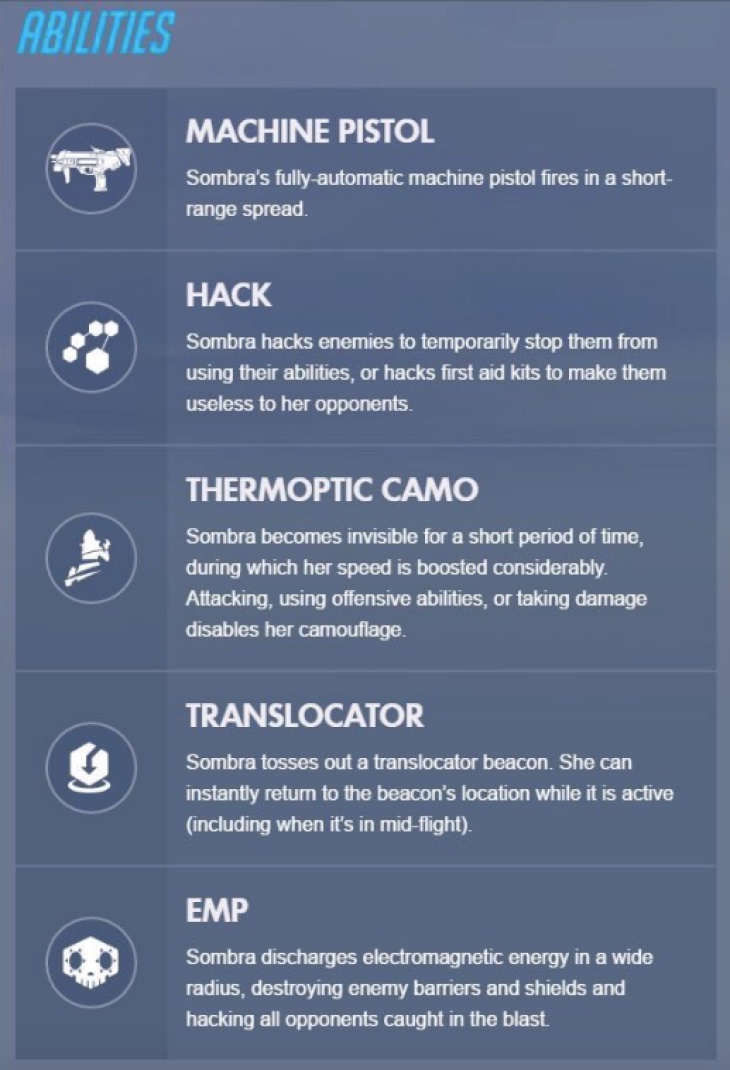 Right now, everyone is talking about Sombra’s EMP ability which can hack all opponents which are caught in the blast. Hilariously, she can even hack first aid kits to make them useless to opponents that use them.

There was a lot of hype for Sombra, but after looking at her skills we think the wait will be well worth it. Take a look at the list above and let us know what you think.

We’ll be adding some Sombra gameplay soon so stay tuned for that – she’s playable at Blizzcon 2016 this weekend! Anyone there?