Since the iPhone was first launched in 2007 its biggest issue has always been the battery, we are now on the fourth-generation model and although we have seen an improvement, it’s a long way from perfect. Where Apple fails us third-party accessory makers do not, as there are a number of iPhone 4 battery cases to give your phone an extra boost of power when needed. We were recently sent a PowerSkin for the Apple iPhone 4, which is said to offer twice the power.

We cannot blame Apple for poor battery performance, as many other phone makers are experiencing the same issues. It’s us that is to blame, as we want bigger clearer screens with more processing power; something has to give, and it’s always battery life. The problem is, battery technology has not changed a great deal over the years, so until fuel-cell technology is used in our phones we are forced to find an alternative.

The iPhone 4 was the slimmest smartphone on the market last year, but all of Apple’s hard work is pushed to one side once you place the handset in the PowerSkin. It is surprising how bulky it feels when holding it in your hand, but there is a positive here. Some iPhone 4 users purchase one of those rugged cases to help protect it against impact, the PowerSkin not only gives you a power boost but also a level of protection as well. 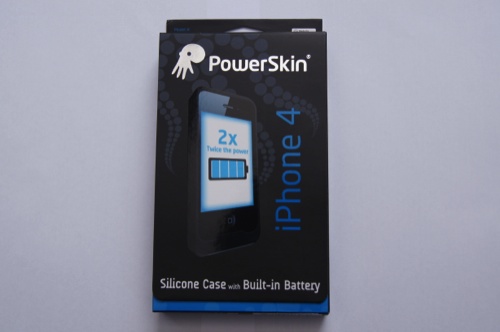 The case has all the cutouts for the mute rocker, headphone jack and also the camera lens. Placing the phone in the case is simple, thanks to the rubber sides being flexible. All you have to do is slide it in from the bottom and push it into the terminal, and then you can just push the top of the phone down until it sits nicely in place. I was surprised how easy it was to hold, but knew that talking too much could start to ache because of the added weight. 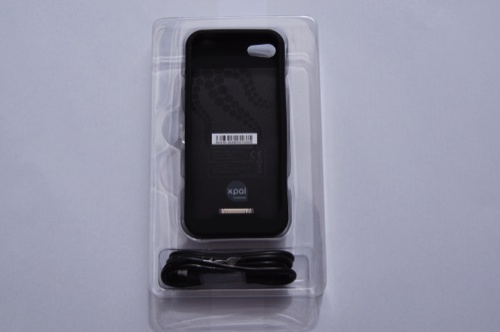 The moment that the phone was in the case it started to charge, you will then see four blue LED lights, which is for checking the battery. When there are no lights on that means that there is around 5 percent power left in the PowerSkin, 2 lights represents 50 percent and 5 lights is 100 percent. You can check this at any time by quickly pressing the power button. In order to stop the device from charging your phone just keep the power button depressed for 2 seconds. 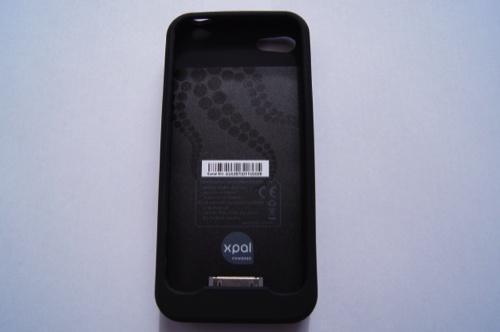 There are several ways in which to charge the case up, you can either connect it to a computer via the USB cable provided, or you could use that same lead to connect it to your iPhone charger. 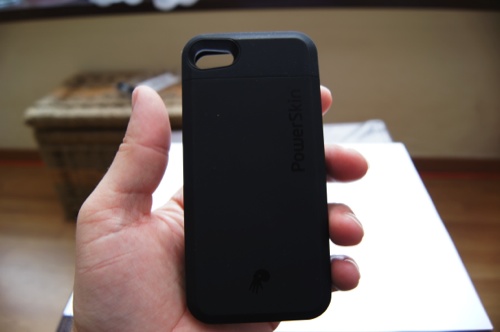 Testing the device was not a long process, as it only has one function, so how well does it do it, and does it achieve twice the amount of battery power life as stated? It came as no surprise to us that the PowerSkin gave me double the battery performance, which for some will be the perfect solution when out the office or home all day. 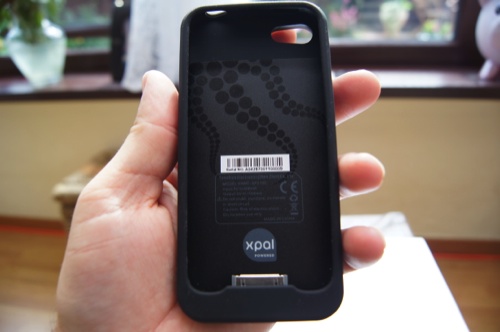 We are impressed with the $79.99 price tag, but cannot get over how bulky it is. The choice is a tough one, and will come down to slim looks vs. need. If you feel that your battery lasts the entire day then stick with the phone and a standard case, but if your iPhone 4 runs out of juice halfway in the day when you spend most of it on the go, then you have to go with the PowerSkin. For more details visit PowerSkin.com. 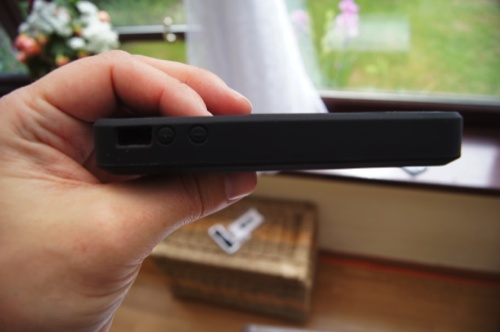 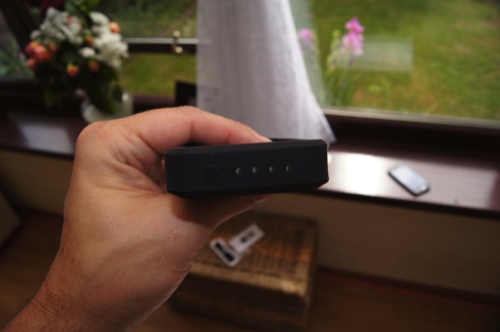 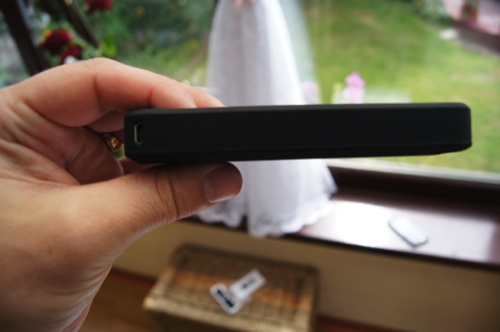 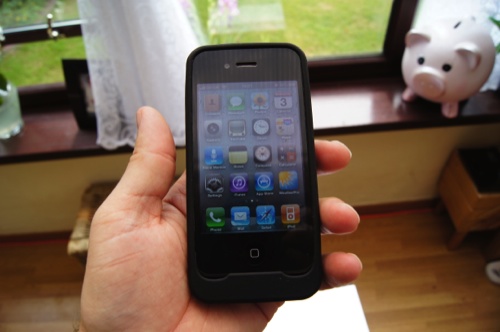 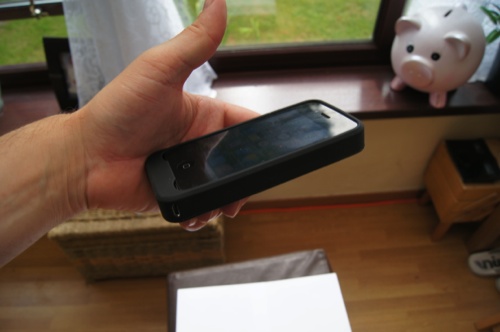 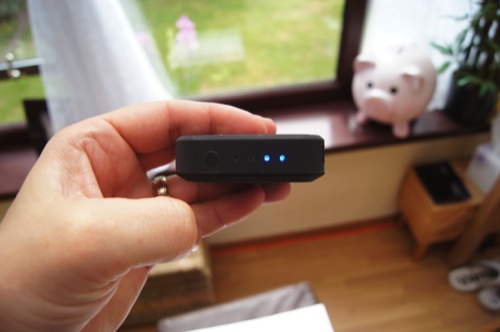