If you haven’t heard, Advanced Warfare Reckoning is now live on Xbox One and with it, the launch of Descent Exo Zombies – the last episode of the Exo Zombies storyline.

Now, players are trying to complete the Advanced Warfare Descent Zombies Easter Egg after witnessing an epic but very interesting cutscene involving Oz after killing him for the second time.

We’ll let you watch that for yourself, but it looks like there is another secret Descent Easter Egg ending cutscene after completing the main easter egg.

Since the map has only just gone live about an hour ago, nobody has completed the Descent Easter Egg yet. However we can see that the usual suspects are already starting their hunt and you should tune in to the live streams of NoahJ456 as well as NGT Zombies if you want to watch the ending first. 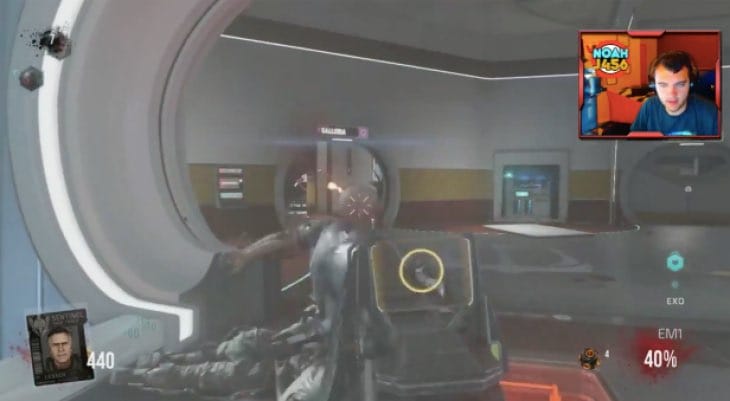 These two channels are highly likely to solve the easter egg before anyone else, so consider that a challenge if you want to step up to the plate.

SH Games has already teased that they have some surprises for players to discover for the ending to Descent so let us know how you get on.

Have you already started the Descent Easter Egg walkthrough? Leave your tips and suggestions below if you have steps to help other players.