SolidRun, the custom developer board maker aims to take on the likes of the Raspberry Pi 3 and BBC Micro Bit with its SolidPC SoM IB8000, or Q4 as some people call it. This is because those former two cannot run on full-fat Windows 10, and so the latter resolves this issue. 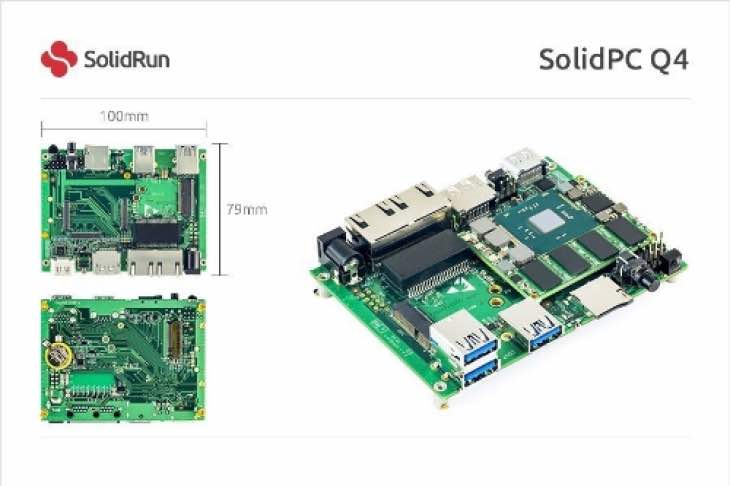 While SolidRun will try to tell you that they have a board that is able to run on the full version of Windows 10 and will only cost you $139 in the US and £107 in the UK, do not be fooled by that. The reason we say this is because paying that price for the SolidPC Q4 is not the end of it, as you will need to cough up a further $119 and $99 to purchase Windows 10 desktop OS.

In terms of its specs the SolidPC Q4 (SoM IB8000) has a quad-core 1.04GHz Intel Atom E8000 processor, will support up to 8GB of RAM, and 128GB of eMMC flash storage. Not only that, but it can cope with 4K visuals. You can also purchase a housing for it, which costs another $25, and so that price does start to mount up, although it still works out cheap for some of you.

The question you need to ask yourself is this, is it with paying the extra money for this device with full Windows 10 compatibility, just so you can run a few more programs, or are the Raspberry Pi and BBC Micro Bit desktops a better option with free Windows 10 IoT Core?