A couple of weeks ago we brought you an update on the release of Zipper Interactive’s much-anticipated third-person shooter title, SOCOM 4: U.S. Navy SEALs (known everywhere else as SOCOM: Special Forces). Although all we knew at that stage, was that it was due to arrive sometime in April.

However, Sony has now announced an official US release date for the upcoming game, which according to Brenna Hillier over at vg247.com (via US PS Blog) is April 19th. There is more good news for SOCOM fans as well, as Sony has also released a brand new multiplayer trailer for SOCOM 4.

There doesn’t appear to be any word on European, UK or Australian release dates yet. According to Tom Ivan at computerandvideogames.com, Sony said that there’s no confirmed UK release date for the PlayStation Move compatible title at this moment in time. 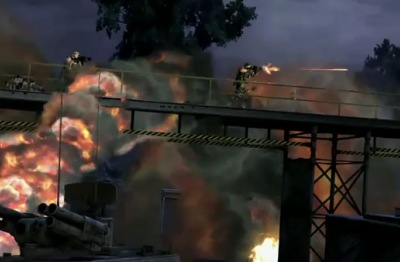 SOCOM 4 was originally meant to arrive in stores back in 2010, but it was pushed back to 2011 to give the developer a little more time to launch the best game in the SOCOM series. Zipper Interactive has promised a flood of SOCOM goodness over the coming weeks.

If you pre-order a copy of the SOCOM 4 game from GameStop, you will receive a pre-order bonus of the Abandon map. You can check out the new multiplayer trailer below this post. Are you looking forward to the SOCOM 4 game?