Forget Valentines Day. For many comedy lovers in the US, this weekend was all about the brand new SNL40 app for iPhone and iOS devices that NBC recently launched.

Unfortunately though, it looks like Android owners have been given a royal slap in the face at the same time. SNL40 is so popular right now on social media, with the app giving users the chance to relive some classic moments from the show’s 40 year history.

Imagine that disappointment when NBC launched the app to massive fanfare, then Android users rush to the Google Play Store for the SNL Android app download only to find that it’s not there. 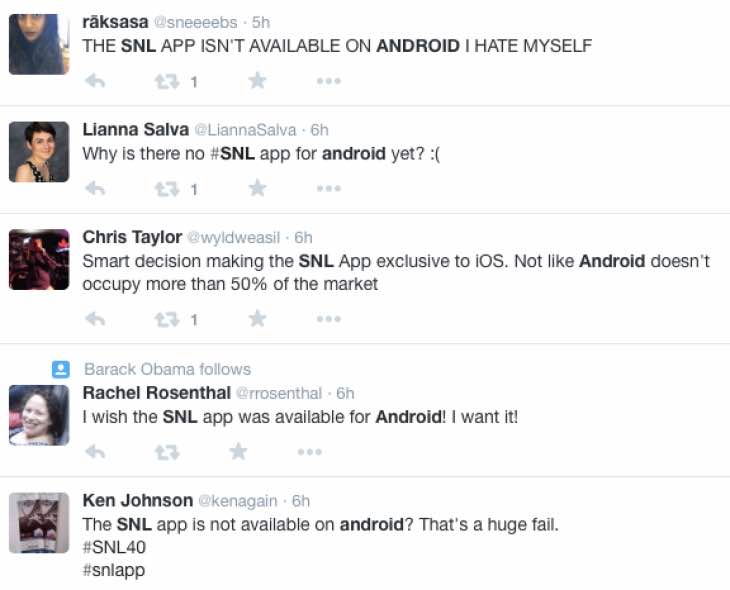 The official word is that the SNL Android app release date is ‘coming soon’, but of course Android users will have heard those words too many times and coming soon can often mean months later.

At the moment, SNL40 for iOS is exclusive to Apple device owners only and we can see that there’s a lot of jealousy going round on Twitter.

Is NBC effectively saying that Android owners are not as important as iPhone owners? Hopefully we’ll be able to update you soon with news of the Android download.

For now, if you are on Android let us know your thoughts right now. Are you a bit mad that you can’t enjoy the SNL40 app for Android at the same time, but instead are being separated into a pot?