We have an important update for those of you who are constantly searching for the answer to when you can pre-order the SNES Classic Edition console which is an extremely hot product to buy in 2017.

While the system won’t be out until September, some retailers opened up pre-orders early which sold out in a matter of minutes leaving practically a worldwide shortage and all listings stating the units were unavailable.

Now though, Nintendo has issued the following statement on Facebook, promising fans that SNES Classic pre-order stock will be available at the end of August. 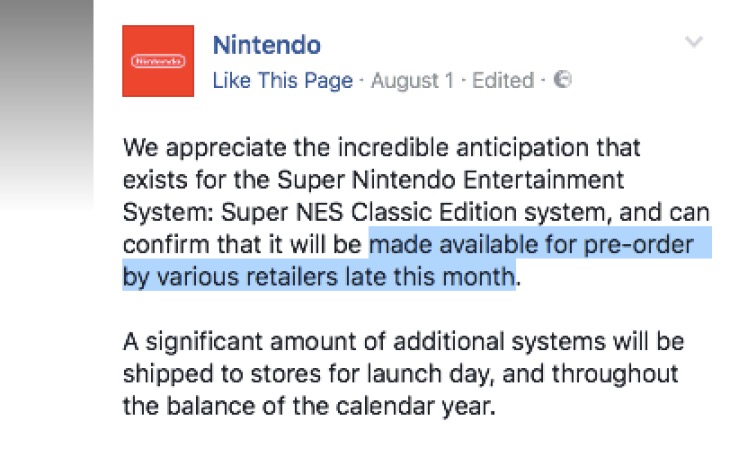 Considering that retailers have kept their silence regarding this, it is nice to finally get some official word direct from Nintendo.

If your children need this at all costs as a Christmas present this year, we suggest that you head to Argos and Amazon as the SNES Classic pre-orders at these two stores are probably going to be the most popular and your best chance of grabbing one before they sell out again.

Let us know if you are waiting to pre-order the SNES Classic Mini Edition and we’ll tell you in the comments section when it is available.