If we were to go back a year or two, WhatsApp was the big buzz in terms of messaging services, but we always know that apps reach a peak and then slowly decline in popularity. We are not saying that WhatsApp is dying a slow death, far from it, but when compared to Snapchat, it would seem that things are not what they once were.

We know that Snapchat has been getting bad press from regulators because of how it handles user privacy, but WhatsApp has not been without its security issues and has been able to ride the storm.

When looking at Snapchat vs. WhatsApp growth, it would seem that the former has the latter beat because the Snapchat app is still very popular and as a result is the “top third-party messaging app in North America by volume,” and that is according to Sandvine, the network traffic specialist.

Sandvine has based this research by monitoring network traffic across various mobile and fixed carriers in the US, which you can study in more detail here.

Snapchat has been gaing a lot on interest lately, with the likes of Facebook and Google both trying to purchase the startup, with the latter reported to have offered around $10 billion, which we would like to remind, is less than the $19 billion that Facebook paid for WhatsApp. 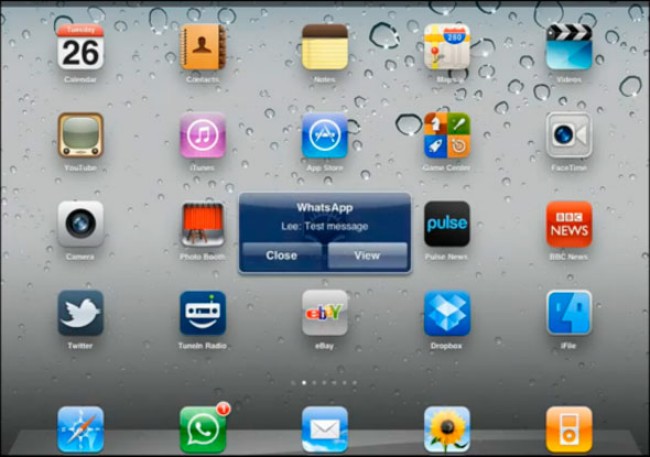 Even though both these apps are ideal for smartphones, such as the iPhone, we do wonder why WhatsApp does not say iPad support, whereas Snapchat does, and both don’t offer dedicated iPad support with iPad screenshots on iTunes.

Do you think it is about time both Snapchat and WhatsApp addressed this probelm, or is this a non-issue. Having said that, there are some users taking to iTunes to air their concerns by saying that iPad support needs to be added, otherwise this could be a deal breaker, meaning they will look for alternative apps. However, to help resolve your gripe with this issue, we recently discussed a workaround, although it still does not let the WhatsApp developer off the hook