It had already become common knowledge that the Snapchat update was going to come with new UI and features, although we had to guess what they looked like. However, screenshots have surfaced that gives us a far better idea as to what these imminent improvements will look like.

New Snapchat features in action – Even though we were informed of the upcoming features last week, we had to try and imagine what they would be like. Thankfully, you no longer have to use your imagination because Snapprefs, that to 9To5Google has been testing these updates out, and as such deiced to share some screenshots. 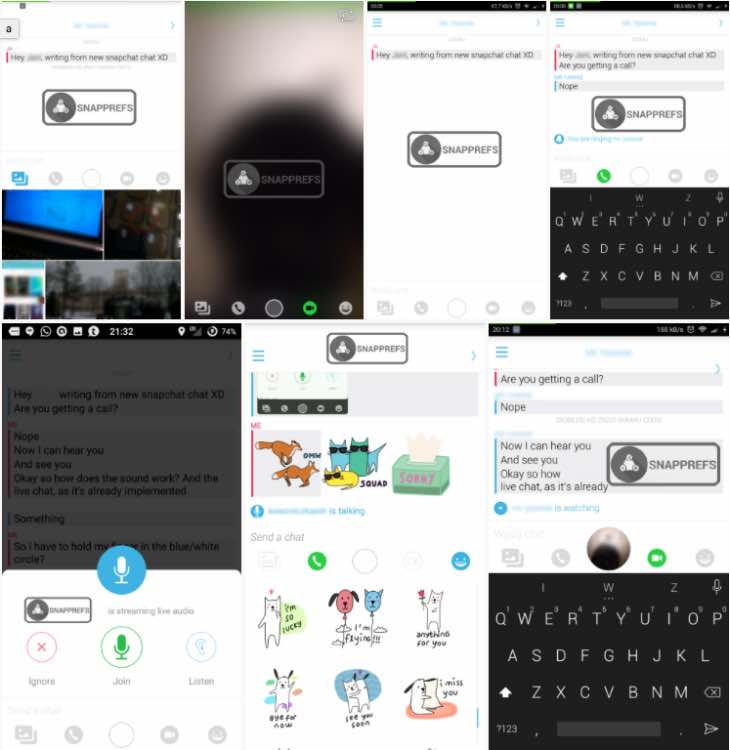 It would be nice to have a video of the revamped video call function, as well as voice notes, the new UI looks more like the regular chat feature, but we guess the screenshots will have to do for now.

The chat presence alert now has a blue button, which shows a smiley face and will turn into a blue dot.

Another thing you might need to be made aware of, and that is how the stickers feature will only be available to those people with devices running Android 6.0 Marshmallow. This could change in time, but the test version only confirms support for this mobile OS.

We still have no clue as to when the new Snapchat update will be released, but we highly doubt it will be too long.