It looks like many of you are again suffering with Snapchat not working on iPhone and Android. We have received a few complaints that over the last 24 hours, Snapchat is down with the login not working as it should.

Having said that, it appears to only be affecting a small number of people as we have had no problems with the service when trying to login normally.

There has been no official update from Snapchat, but here is what other users have said on Twitter within the last hour at the time of writing – so there definitely is some issues happening. 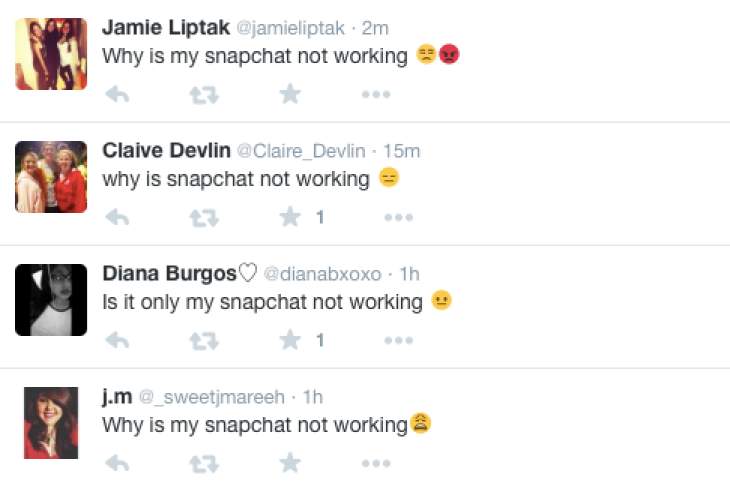 With Snapchat now an important part of daily life for some, we are guessing that the developers will be checking to see if there is a problem with the Snapchat servers not working and make the necessary fixes if the problems get worse.

Like we said, we are seeing no problems so it may be dependant on region. Let us know if you have been trying to use Snapchat within the last few hours and if you have had any problems logging in.

We couldn’t help but think that it may be a blessing in disguise to give some of you some fresh air.