The Snapchat app on Android and iPhone is not refreshing stories for thousands of users right now, as reported on our dedicated status page. Product Reviews readers reported problems with Snapchat within the last 30 minutes on April 28, 2015.

We haven’t seen any confirmation on the official Twitter, or other social accounts, but it’s clear most users have issues today on Android and iOS devices. 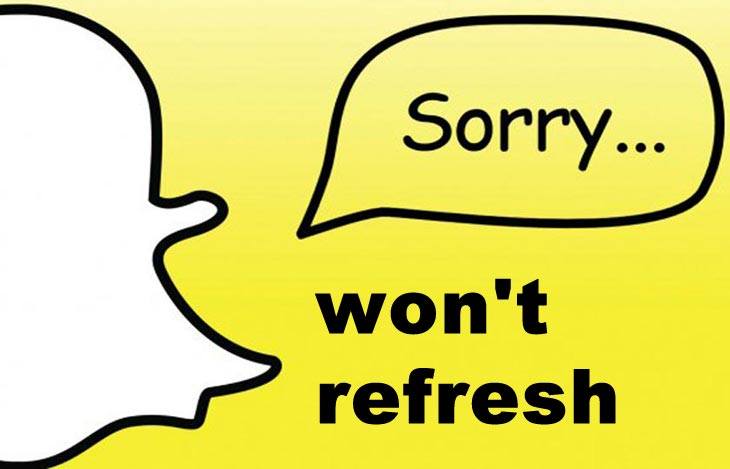 One of our readers said, “I could not refresh messages and get a try again error message on my Snapchat app for Android”. Another added, “my Snapchat stories won’t load, I login and cannot see them and get a message asking me to add new friends”. It’s still unclear why these problems have started just moments ago.

Are you having problems with Snapchat not refreshing stories today and if so, is the app totally down or just in regard to loading stories? 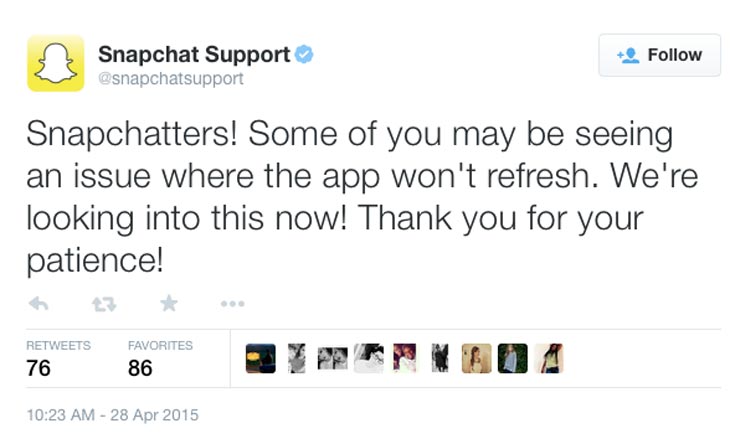 Update: The Snapchat support channel on Twitter confirmed the problems today, and that a fix is being worked on. You can see their tweet above, or on our problems page for Snapchat.