The latest Snapchat update in June released just over 2 days ago that delivered some key bug fixes on both Android and iPhone. This hasn’t stopped the tweets and blog posts in regard to the Snapchat Emoji update, which some users are finding confusing, as seen within the featured tweets below.

While certain changes came before the June 9.10.0 version, the Snapchat Emoji update has received a mix of responses from fans of this popular chat app. One commenter said, “The snapchat update with the emoji code is giving me anxiety”. Another added, “what do each emoji next to the contacts name mean when you update Snapchat?”.

It’s true some people have experienced problems sending chats after the latest update on Android and the app even stopped working completely for a few users, but the topic of discussion is related to these new emojis within the app. 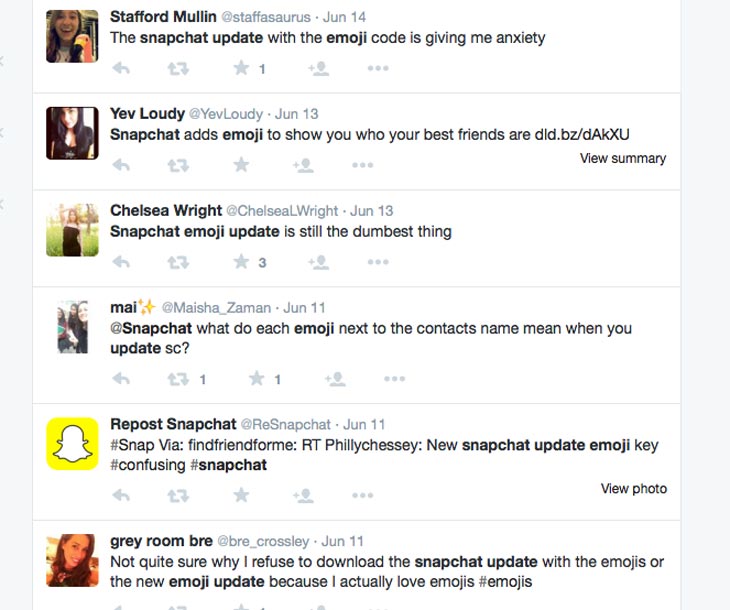 Some Snapchat users love emojis, but have been holding off installing the new Snapchat update for various reasons. Do you like the changes within the latest Snapchat update on both Android and iOS? Also, what’s your thoughts on the emoji next to names in your contact list? Leave your comments below, and of course let us know what you feel should change in the July 2015 update, if we receive one next month that is.