We are getting reports that Snapchat is down on January 28, 2016 in what looks to be a surprise outage. As far as we’re aware, it is happening in both the US and Europe so it could be affecting users on a global scale.

We’ve had a quick check on social media and you can see from the feedback below that Snapchat is not working properly on Jan 26 with messages not loading. 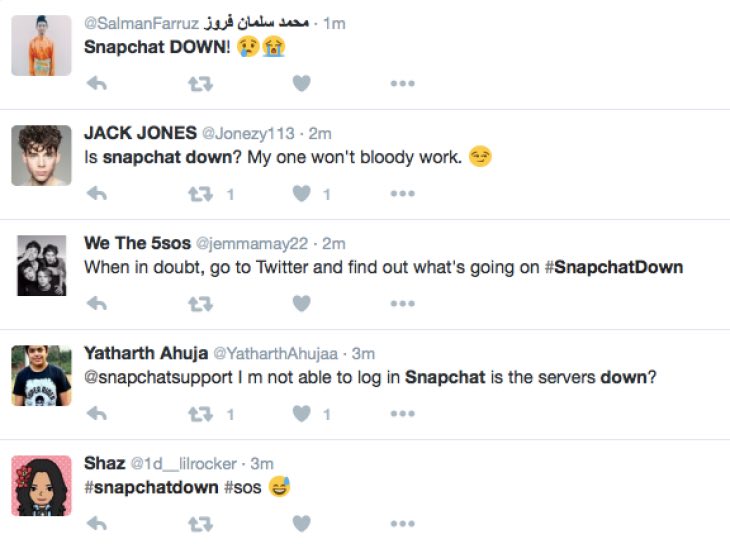 It’s also worth pointing out that there has been no message on the Snapchat Support page indicating that there would be Snapchat maintenance on January 26, so this appears to be catching everyone off guard.

As usual, users are panicking on social media as whenever there is a Snapchat outage it seems to last several hours rather than minutes.

Hopefully it won’t be the case today though. Let us know if Snapchat is down right now in your area and how long you haven’t been able to use the app – we’ll post status updates here as necessary.