It looks like there’s an issue with Snapchat not working today on Tuesday June 2, or Wednesday June 3 depending on where you are. Specifically, many users are reporting that Snapchat won’t let them open snaps at all.

It’s not the first time that we have seen Snapchat down in relation to Snapchat not opening up content, but it has been a while since we last had issues as serious as this.

Hopefully, Snapchat’s technical team are already aware of the problems though and are working on a fix as we speak. 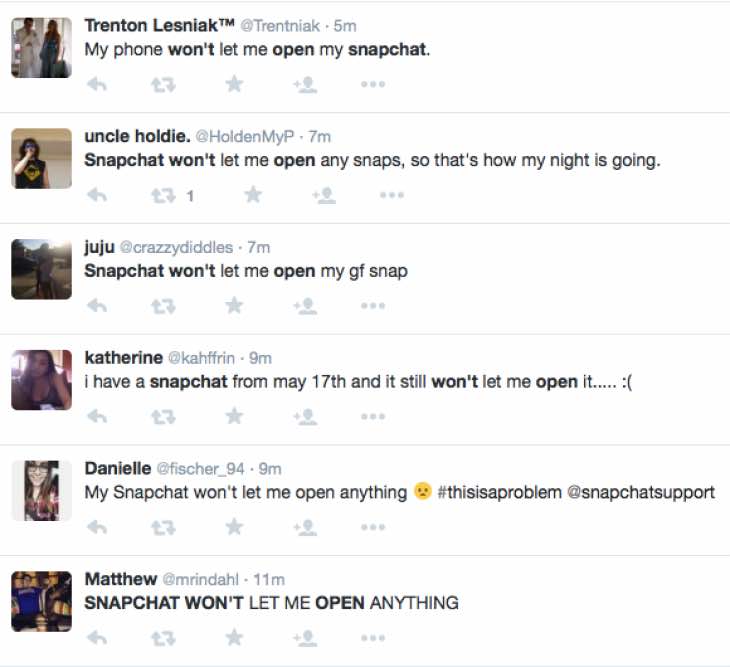 You can see from our examples above though, that this is an issue which is affecting a lot of users right now in the US.

We can tell you that the official Snapchat Support Twitter page has already acknowledged the issue within the hour, so that’s good news that a fix is coming.

Is Snapchat down for you on June 2 right now, with snaps not opening whatsoever? Give us your status below.