We reported early how people assumed that contacts had been removed from Snapchat in its latest update, and how they had simply been moved. However, there is a problem that has gained a huge amount of attention, and that is best friends has been removed today on both iOS and Android versions.

When there is a new update to an app the jury is usually split, but not this time. We have received a huge number of complaints about the latest Snapchat update and how its changes have made the app worse instead of better, which is how it is meant to be. 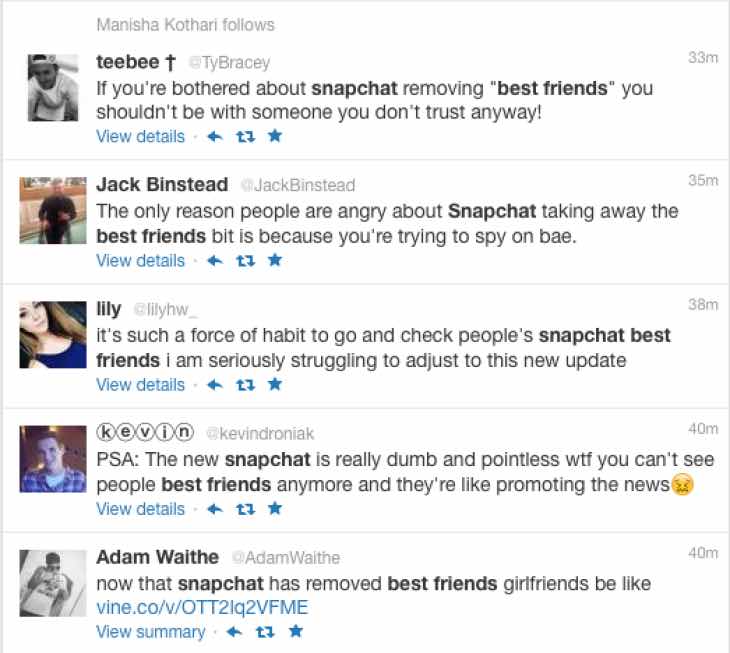 In a nutshell — The general consensus is that the update is pretty bad; especially now you are unable to see people’s best friends. Having said that what makes the update worse is how you now have to swipe to the right to see stories. That is on top of having to go elsewhere for your contacts.

On the other side of the fence are users saying that the removal of best friends is a good thing, and is all the more better for it. We have shared a few example tweets for you in the image above, just to give you an idea of the public reaction.

Where do you stand, is Snapchat better or worse for removing best friends?