We have a quick heads-up to say that Smite Xbox One servers are down on January 25 / Jan 26 due to an unforeseen problem. The good news is the developers are already aware of the issues and have said that the team is investigating.

In the meantime, they need to restart the Smite servers on Xbox so hopefully the game will be back up soon. Below is what Hi-Rez Studio president Stew Chisam said about the surprise outage. 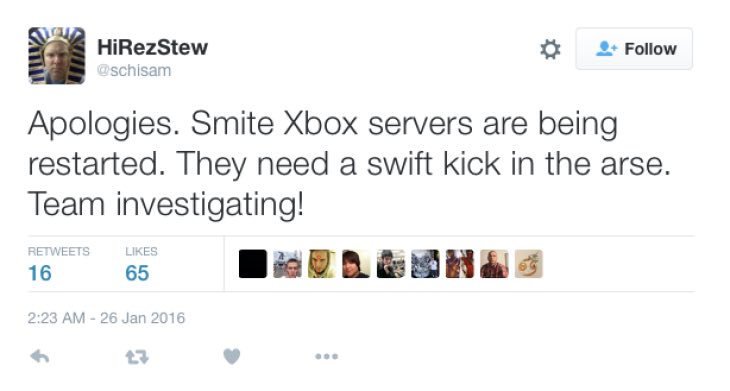 It’s obviously not ideal for those that have just been kicked from Smite out of their league and worried that they’ll lose their points in the process.

We’ll provide status updates here, but let us know if Smite is down on Xbox One for you at the moment. We have a feeling that the server restart won’t take long.