The Smite Xbox One release date is today, so naturally we have seen the servers go down for maintenance in the last hour to improve services for the launch. As explained on our server status page, the maintenance is now over and you can get playing on Xbox One right now.

Hi-Rez Studios explained the quick downtime was for, “Smite-XBOX Pre-Launch Maintenance”. You can see their update below that landed on the official server status page earlier today. This page also lists updates for the PC version, which launched to public back in March of this year and is currently going through a major outage. The PC downtime is due to installing a server hotfix for Smite PC patch 2.12. 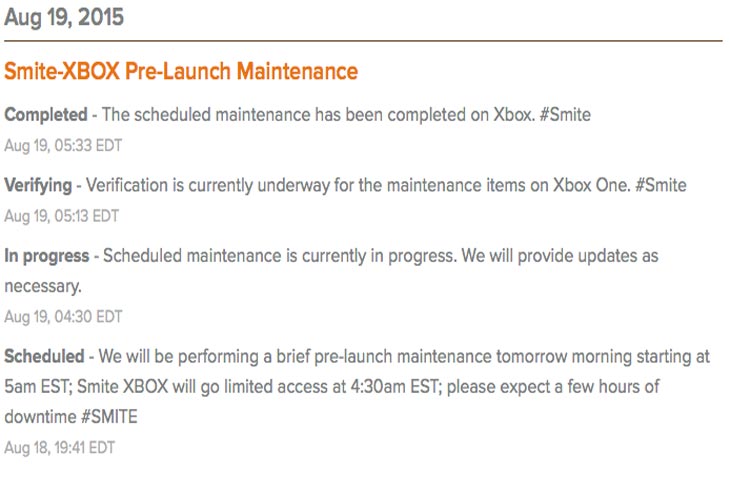 Will you be getting Smite on Xbox One today and if so, did you take part in the beta? The third person action multiplayer game is set in a battle arena, if you know little about Smite, then we recommend you watch a gameplay video below for Xbox One. This will give you a good look at what to expect, so you will see if it’s the type of game you’ll like before downloading.

You can expect further maintenance and server fixes over the coming weeks, or days. This is even more likely considering the Xbox One platform gets the game from today, as such you should also see the official status page for updates.