We can confirm that Smite is down on Xbox One today, due to scheduled maintenance to prepare for the arrival of Smite patch 2.15 on Xbox One.

PC players have already had this update a while ago and now it is great to see that Xbox One players will soon be able to join the fun.

Confirmation of the ongoing maintenance can be seen from Hirez Operations below, although currently there is no ETA on when the Smite servers on Xbox One will be back up. 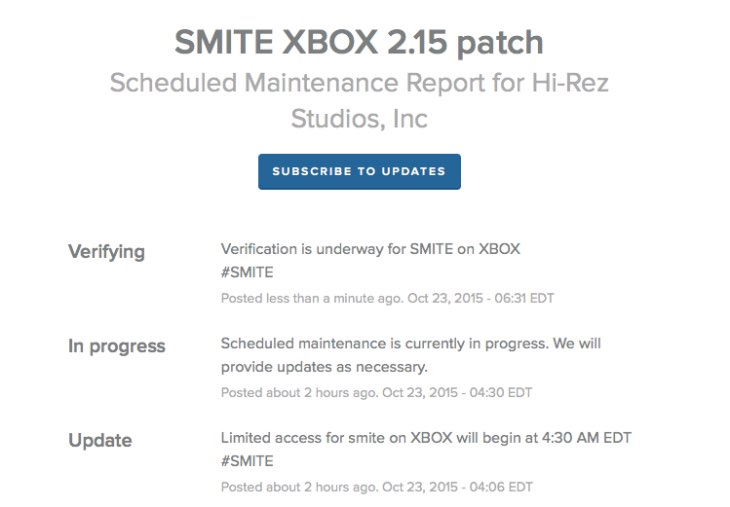 For a preview of what to expect though, you can check out the Smite Xbox One 2.15 patch notes by looking at what the same update brought to PC – Solar Flare should be the corresponding 2.15 update.

This is highlighted over at the official patch notes section here, while you can also track specific version numbers here to get an idea of the Smite 2.15 update notes on Xbox One today.

If anything changes specifically between Xbox and PC versions, we’ll update this article and let you know as soon as we have the info.

Are you ready to start playing Smite 2.15 on your Xbox One? Leave your thoughts on the new update below.