We have a quick heads-up for all PC players who are wondering why Smite is down on PC at the moment. It’s for good reason, as Hi-Rez Studios have confirmed that Smite servers are down due to the rollout of the Smite 2.15 patch.

It’s nice to see another fresh update being prepared and hopefully this will mean that Smite on Xbox One will be updated later this month too.

Below is the confirmation that Smite servers are undergoing maintenance on October 6, with Smite servers due to be back up at around 8am Eastern Time – or 5am PST and 1pm UK time. 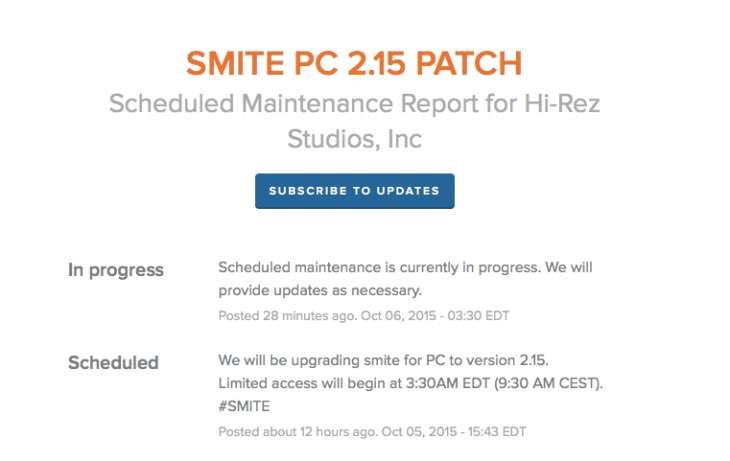 We don’t have the Smite 2.15 patch notes for PC yet, but once the game is back up they should be posted by the developers so we’ll update this when that happens.

What are you personally hoping to see changed compared to the current version? Let us know if Smite is down in your area at the moment and if you are loving the game generally.