If you are wondering why Smite servers are down on Xbox One for April 11, we have the reason why. The Smite 3.5 update is ready for download and now we can bring you the full Smite 3.5 patch notes to read while you’re waiting for Smite to come back up.

As usual, it’s another massive update with some big changes. Not only is new God Skadi available on console, but Hi-Rez Studios are also turning on 60FPS for Smite on Xbox and PS4.

The important thing to note is that the Smite update on April 11 is only for Xbox. PS4 owners will have to wait until Wednesday April 13 to get the same update. 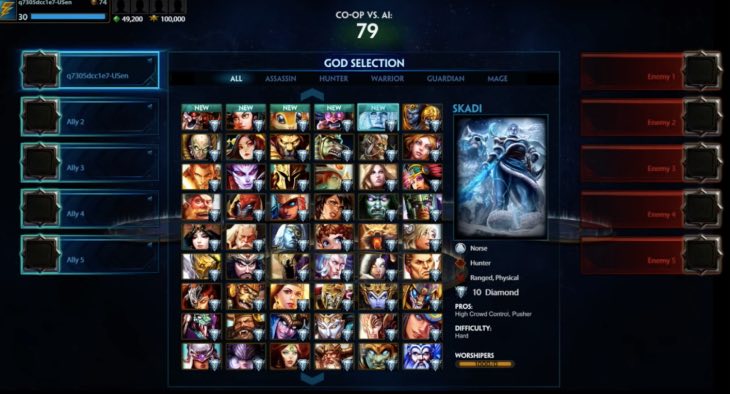 However, the Smite 3.5 patch notes are obviously the same and you can read through the entire thread here – simply too long to list everything one by one here.

Elsewhere there’s new God skins in Smite 3.5, the Product and Support bundle featuring peacekeeper and enforcer Athena and much more.

We’ve also got the Smite 3.5 update bug fixes for you below, so you can take a look at those and let us know what you think.

The update should be rolling out now on Xbox One so let us know if you have it. Is Smite still down for you in your area?

Leave your reaction to 3.5 below!