Tablets are appearing in all directions it seems lately, most being basically the same design wise. The SmartQ Ten tablet however seems to have something more to offer. Adapted from its predecessor the R10, the T10 will have the same IPS display but will add its piezoelectric technology.

With its piezoelectric touchscreen the Ten will allow users to have multi-touch capability with the use of non-conductive instruments such as a stylus as well as fingers. The screen measures in at 9.7” this means it will provide precision input with cheaper material on sharper screen clarity.

The way the technology works is piezoelectric transducers that are underneath the screen at different points turn a touch or vibration into an electric signal. The hardware can then translate the signal using an algorithm to determine which point the screen was touched. Find out more about the screen at SmartQ. 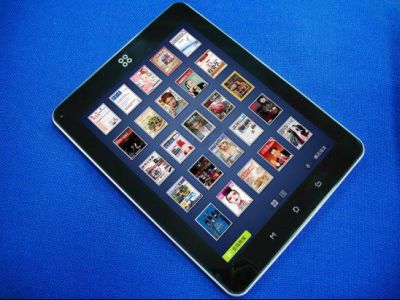 The SmartQ Ten also comes with a Cortex-A9 chip, 512MB RAM, Mali 400 GPU and will run Android 2.2. Engadget say there is no release date as of yet or price. They also say it is not known if it’ll have an update for Honeycomb. Read the rest of their article here.

Is the SmartQ T10 a tablet that stands out from the others to you? Will its screen technology be enough to separate it from the competition?