Call of Duty: Modern Warfare 3 has been available in stores for a month now and as with every year it has been enjoying a lot of success, smashing sales records. With the release of this year’s game out of the way, co-developer Sledgehammer Games has allegedly already begun recruiting for the next title in the popular series which is thought to be Modern Warfare 4.

The news comes after an advertisement belonging to the team for a senior online engineer was spotted which read ‘We are actively looking for top talent for our Call of Duty development team.’ from the advert we learn that Sledgehammer are specifically after a candidate who will work on the development of their online community features and multiplayer modes. The full job description and requirements can be found at Gamasutra.

Sledgehammer was reportedly working on a third-person Call of Duty project before they were assigned to help develop MW3, so the news could suggest they may be going back to that project although Glen Schofield, the team’s general manager says that project is most likely dead in the water. Since working with Infinity Ward, he said the team has grown and will be working alone on this next project, a situation he believes best suits Activision.

Before working on the project Sledgehammer was underdeveloped and needed to learn a new engine, now that they have they can hire and develop on their own. Despite the recruiting advert, Schofield says whether or not their new project is ‘a Call of Duty game or not is up in the air’, but he plans to carry on working on the series. Are you glad to see Sledgehammer and Infinity Ward working individually to each other to develop Call of Duty games? What do you think Sledgehammer’s new project will be? 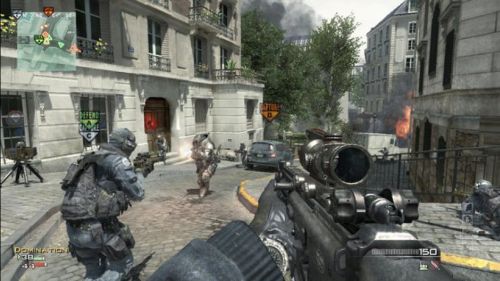