Not everybody who will be buying Elder Scrolls V: Skyrim will have experienced werewolves in an Elder Scrolls game, in fact you have to go back to 2003 when the Bloodmoon expansion for Elder Scrolls III: Morrowind was released. Well today we thought would roll back the years and remind of some of the many abilities which you possess when your character is transformed into a werewolf.

Before we get started let’s start by clearly stating that werewolves in Skyrim may differ from the werewolves previously seen in Bloodmoon, by this we mean that Bethesda Softworks may have enhanced / reduced their abilities this time around. Secondly we must state that this article has been targeted towards those of you who have not experienced werewolves in Elder Scrolls before, so if you do not fall into this category think of this article as a quick recap, but there are some interesting Skyrim werewolf rumors towards the end.

In Morrowind you transform into a werewolf when the full moon comes out. Once transformed you move with much more agility and faster than usual thanks to the use of all four limbs, you also boast more strength than a regular human, more resistance to human weapons (unless silver or Daedric) and an infectious bite. A Werewolf’s health slowly regenerates over time, their claws can tear through armor and take out the enemy, finally they can see in the dark and through some clothing. 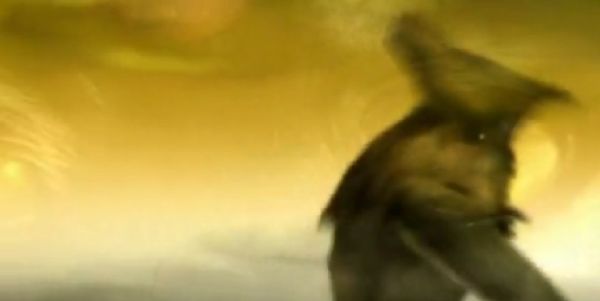 We still don’t know everything in regards to the abilities which werewolves in Skyrim will boast, but a debate over at Amazon (here) suggests that when you are transformed you won’t be able to pick up items or use spells, however we are told that you can roar to gain the same effects of a fear spell. Leaked footage apparently shows a unique finishing move which you will have where you pounce on the enemy and rip them to shreds with your claws amd we are told that like Morrowind when transformed you will be faster and we presume that you will also have the ability to see in the dark and through clothing. We would be surprised if you don’t have superhuman strength, an infectious bite and slowly regenerating health – would you?

In Skyrim you will not be able to remain feral non-stop, however if you feed on the remains of your foes we are led to believe that the length of your transformation will increase (see Bloodlust), one interesting rumor about being a werewolf in Skyrim suggests that you will be restricted to a third-person view, in Bloodmoon you could toggle between third-person and first-person.

That’s all we have time for today, would you like werwolves to differ from how they were in Bloodmoon? Below we have embedded a video of Bloodmoon werewolf gameplay to jog your memory.