We have picked out one review for you to check out now and it’s arguably the review which most of you look out for before making a purchase.

We’re talking about the Skyrim Special Edition review from IGN and you’ll be pleased to hear that they’ve awarded the game with a score of 8/10.

It’s a must buy for those that haven’t played the original, but they have pointed out to say that you should buy the Xbox One version over PS4 simply due to superior mod support. 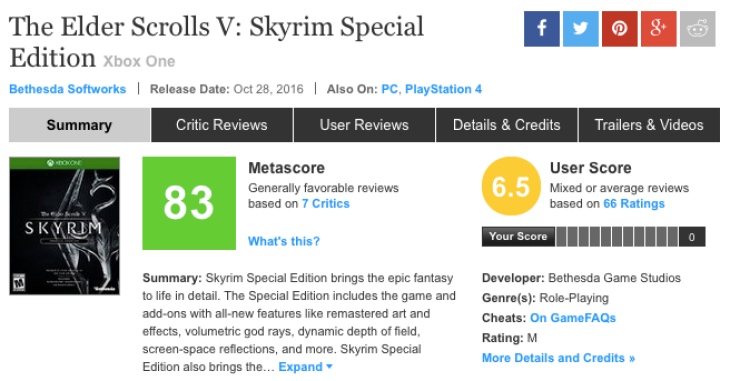 This is due to the fact you can install any mods from the PC version on Xbox One, but on PS4 you can only install mods that have been designed using in-game assets so it’s a lot more limited.

For more Skyrim Special Edition reviews on PS4 and Xbox One, you can check out the game’s Metacritic pages here and here – Metascores are 80 on PS4 and 83 on Xbox One at the time of writing.

How are you getting on with the game so far if you already have it? Would you agree that the Xbox One version is far superior than PS4 due to mods?