The Remastered version of the game has been out since the end of October and just like the original, the game appears to be prone to the odd performance issues.

Not to take away from what is ultimately a beautiful game, fans will need to hold on tight for fixes and the good news at least is that we can confirm that an update is on the way. 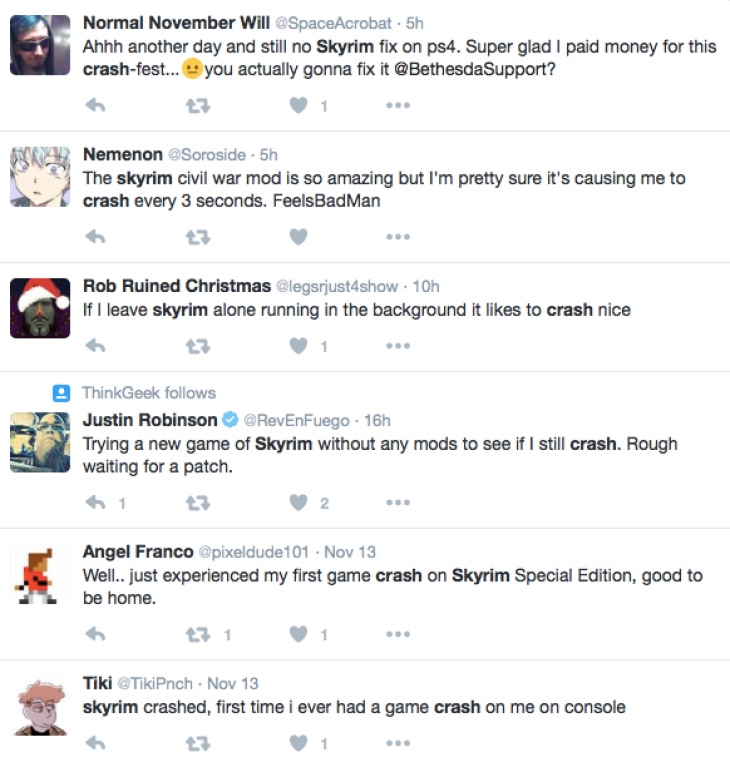 Bethesda issued a Skyrim Special Edition 1.2 update on PC on November 11, stating at the time that PS4 and Xbox One players would get the same update soon.

The fixes in this update specifically included the following:

As you can see, there are Skyrim Special Edition crash fixes relating to werewolf and mods so hopefully this will sort the problems out for those that are getting frustrated on PS4 and Xbox One.

Let us know what part of Skyrim Special Edition crashes on PS4 and Xbox One, so we can let Bethesda know to add to the list of fixes.