Update: We can confirm that a new Skyrim Special Edition 1.07 update is now live on PS4 as of October 3, 2017! Skip to the bottom of this article for the patch notes as we get them.

Original article: Skyrim Special Edition is the remastered version of the massively successful original game released back in 2011. As always, players are hoping for regular post-release support from Bethesda as Skyrim is always one of those games which can crash when you least expect it to and at the worst moment when you haven’t saved progress.

Skyrim crashed a lot on PS3 and Xbox 360, so will the edition of mods on console be too much for the hardware to handle and ultimately cause more performance problems? 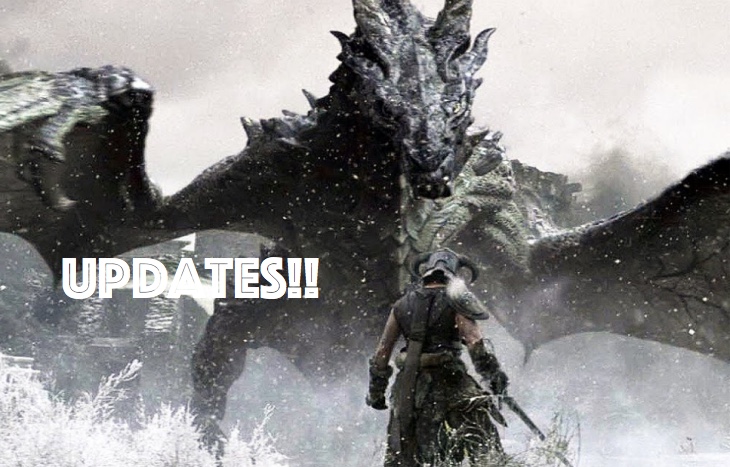 What do you personally want to see from Bethesda for the next update on PS4 and Xbox One? As soon as the Skyrim Special Edition 1.07 patch notes are live on console, we will add them here.

In the meantime, start making a list of the biggest Skyrim Special Edition problems that is causing your game to freeze or crash without warning.

Update: The 1.07 Skyrim update is live on PS4 and it looks like Survival Mode is finally here! Here are the rest of the patch notes direct from Bethesda:

For those that want to know specially how Survival Mode works in Skyrim Special Edition, it will contain the following:

-Fast Travel is disabled.
– Traveling in snowy or rainy areas will increase your Cold and Cold decreases your total available health.
– Warmth: The higher your warmth rating, the more slowly you will feel the effects of cold environments.
– Taking a swim in an ice-cold river can kill you.
You no longer regenerate health.
– To level up, you must now sleep in a bed.
– Your carry weight has been significantly reduced.
– Creatures across the land now carry threatening new diseases, and previous diseases are now even more debilitating.
– Shrines no longer cure diseases for free; you must now make a gold offering in order to receive the shrine’s benefits.

Notice any other changes or problems since the update? Let us know below.