We still have over one month to go until Skyrim Special Edition is out for PC, PS4 and Xbox One. However the biggest talking point on social media remains the PS4 version after the bombshell announcement by Bethesda that Sony won’t allow PS4 mods on Skyrim Remastered.

This is the worst outcome possible for those that have already pre-ordered the game on PS4 and on social media it looks like many now calling it a deal breaker.

If you are not aware, Microsoft is allowing the same mods on the Xbox One version of Skyrim Special Edition and they will work similarly in which they have done for Fallout 4. 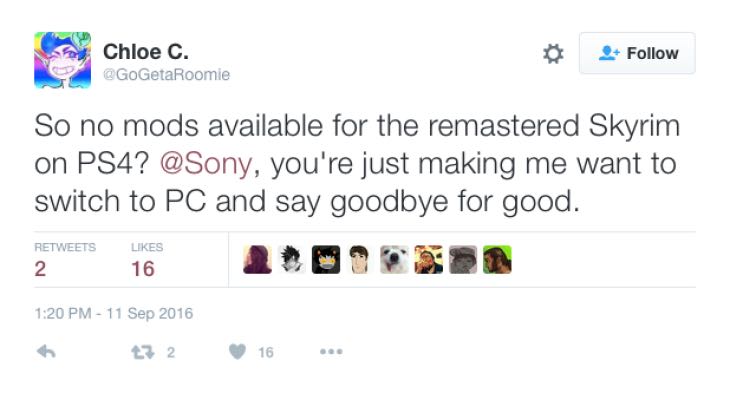 The Fallout 4 PS4 mods wound is still fresh and it is going to be a double blow when the end of October launch arrives.

Take a look at the recent Tweet from Bethesda’s Pete Hines below, which shows that Bethesda are not willing to go into the exact details on why Fallout 4 mods on PS4 broke down between Bethesda and Sony. 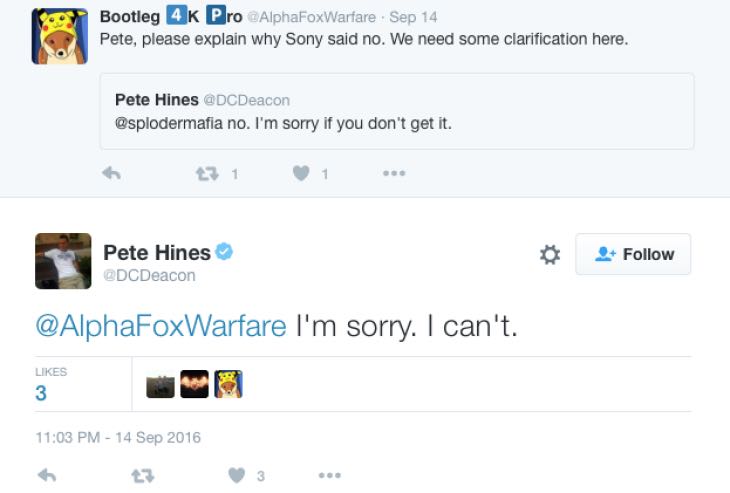 It looks like Bethesda still has hope on getting some kind of mods onto PS4 and if this does happen for Fallout 4, let’s hope that the same deal applies to Skyrim Special Edition as well.

Are you heartbroken knowing that all of the amazing mods released for the PC version will currently never be available on PS4?

Skyrim Special Edition launches October 28. Let us know how you are feeling below and if you agree that it is a deal-breaker for you without mods.