If you recently switched on your PS3 and started playing Skyrim you may have noticed that a new patch was available, this is title update 2.01 and it is 92MB in size. The patch may take a little while to install, however once installed you should notice that lots of problems have been fixed, including lag-related issues.

Sadly Bethesda Softworks has not revealed a full changelog, however if you head over to the BethSoft forums there are lots of comments which talk about improvements this update brings to the game and bugs which remain unfixed.

Apparently the large game save bug has been improved but not completely rectified, also the game doesn’t jitter as much when rotating the camera or when snow is falling – that said people are suggesting that texture quality has been lowered to allow for this. 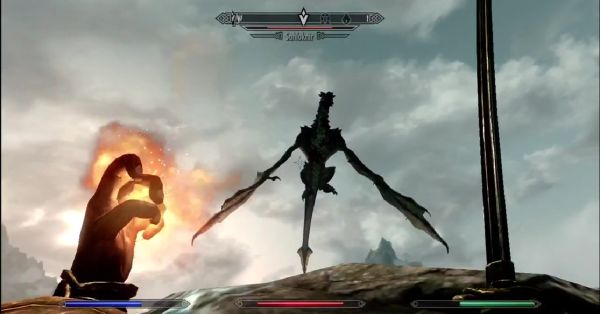 As good as this update sounds we can’t help but notice lots of negative comments from Skyrim gamers, some say that at times the frame rate still drops to a shocking 1 frame-per-second post update, whilst other people suggest that some quests are still buggy – such as the College of Winterhold quest. As you would imagine some people are slating Bethesda by saying that they have the worst developers ever who need to learn about the PS3 architecture, others say that they are taking their copy of the game back to the store.

Having played the Xbox 360 version of the game for 40+ hours I can’t imagine how annoying the frame-rate issues are, it’s bad enough when I get a tiny freeze when entering the inventory during an autosave! We would love to hear from you if you have installed patch 2.01 for Skyrim on your PS3, if so how has gameplay been since then? Let us know in the comments section below.