While Xbox 360 players are currently getting their teeth into Hearthfire, the second DLC expansion for Skyrim, PC players on the other hand are wondering when Bethesda will decide to release the second pack on their platform as well.

There doesn’t appear to be any of the same problems in place that PS3 users are experiencing, so we fully expect Hearthfire to become available on PC around the exact same time that Dawnguard did once the infamous 30-day exclusivity period on Xbox 360 has ended.

Having said that, Dawnguard didn’t release on PC exactly 30 days after it launched on Xbox 360 – it arrived on August 2nd instead, exactly one month and one week on from when it landed on Xbox 360. Still with us? – Good. If Bethesda are planning to follow the same release pattern as they did for Dawnguard on PC, then we should be seeing Hearthfire with a PC release date of Thursday October 11.

Giving Bethesda’s now dodgy reputation for not sticking to original deadlines, they could well surprise us again with an entirely different release date. However, as least you have a general indication on the date that it should arrive if the pattern is being maintained from Dawnguard, so it will be a nice bonus if it actually arrives earlier than October 11. 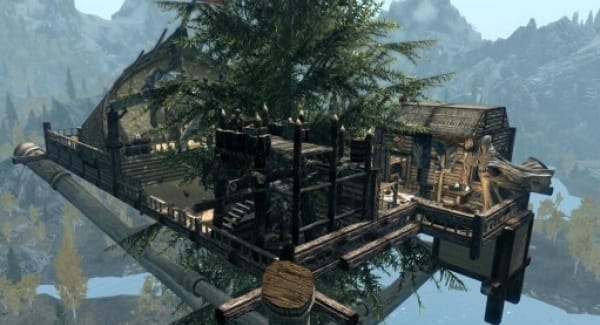 How excited are you though PC players, given that you arguably have superior house-building tools available via the Creation Kit? We wouldn’t be surprised if someone takes all of the content included in the Hearthfire pack and expands on it further and releases it for free on the Steam Workshop – how good would that be?

We’ve heard some stern criticism from PS3 players who now say they’ll boycott Dishonored as a result of the Dawnguard situation, but as a PC player – do you still have love for Bethesda moving forward? Don’t forget that the Elder Scrolls Online MMO is coming next as well – we can’t wait for that one.