PC players of Bethesda’s latest RPG epic Skyrim are undoubtedly getting their teeth into the hundreds of custom mods that are now available in the game thanks to the recent release of the official Creation Kit tools.

For console players in the meantime, all eyes are on Bethesda to see what the company can come up with in the form of DLC since they are naturally feeling pretty jealous over the amount of customization that is possible on PC right now.

We recently gave you an exciting glimpse of the future on what could be coming in future updates to the game, in the form of a Bethesda made video which showcased some of the talents of the Bethesda team during a task set by lead man Todd Howard. In that video we saw things like giant mud crabs and dragon riding, with the majority of you overwhelmed by all of the new features that have never been seen before.

Now though we have fresh confirmation from Bethesda that they will be taking their time with DLC releases and won’t be rushed into frequent releases like they may have done with Fallout 3. Back in June of last year it was hinted that DLC would be more substantial, but now Todd Howard has confirmed outright that DLC releases for Skyrim will be more suited towards the scale of an expansion pack.

Our thoughts immediately switched to the excellent Shivering Isles and Knights of the Nine expansion packs that Bethesda released for Oblivion, so I for one will be hoping for more of the same thing. The company also released addictive smaller packs such as the Thieves Den and the Wizard’s Tower, the latter of which gave players the ability to summon a new companion for the rest of his adventure if he or she desired.

The idea of massive expansion packs for Skyrim is truly mouthwatering and we have to once again mention the possibility of players being able to revisit Morrowind and Cyrodiil. That would be some achievement if Bethesda manage to pull it off and it would explain why we have yet to see any official DLC releases since the game released in November last year. 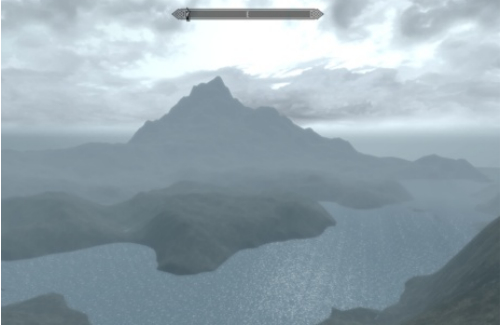 Another little gem that you may not be aware of is that Bethesda are planning to release some small content to the game while players wait for the expansion pack to arrive. According to Todd Howard, this content will be free as you can see below in a quote taken from Eurogamer:

“Because that gap [DLC releases between Fallout and Skyrim] is going to be bigger, we want to put little things out for free in between. We’ve already done that for PC with the high-res pack. We’re trying to figure out what those things are.”

We’re guessing that they are thinking about accommodating console players here, since PC players already have endless possibilities thanks to the Creation Kit. This means that we may be seeing the features we saw in that Game Jam video for free, like giant mud crabs, spears and so on. Do you like the sound of that? If you haven’t seen the breathtaking video yet, you should definitely take a look at it here as there’s something for everyone. What’s amazing is that Todd Howard has already said that what was shown in the video was only 60% of what the team came up with during the Game Jam event, meaning that there was 40% of unseen content – give us more Bethesda!

Going back to Bethesda’s expansion pack plans though, what sort of content would you see as a ‘dream’ release and wouldn’t mind paying for, aside from these small updates that are probably coming to the Xbox 360 and PS3 for free? Let us know your best ideas below.